Abdoun bridge lights up in blue for cancer fighters

Abdoun Bridge is a very famous site in Jordan, that connects south Amman to the 4th circle (Al Rai) 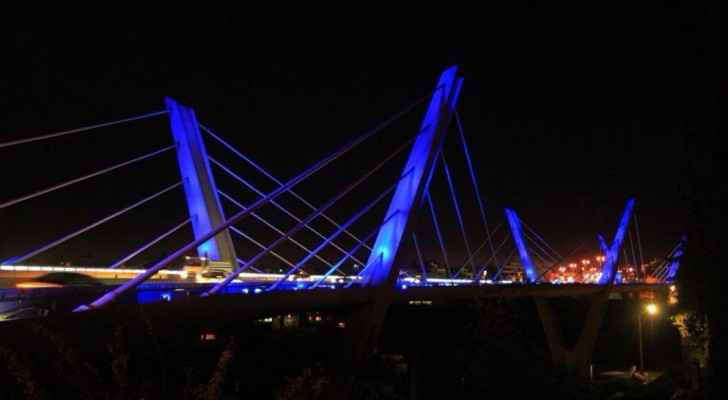 World Cancer Day, which takes place on 4 February each year, aims at spreading and raising awareness about cancer and to press governments and individuals across the world to take action against the disease, The Union for International Cancer Control (UICC) reported.

According to King Hussein Cancer Foundation (KHCF), non-communicable diseases, including cancer kill 1 out of every 3 people in the world today.

Locally, Cancer is the second leading cause of death in Jordan after heart disease.

Latest statistics issued by KHCF in 2011, read that 207 cases of cancer below the age of 15 were reported. Furthermore, the top three cancers that affect children in Jordan are leukemia, lymphoma and brain tumors.

Security forces break up fight in ....