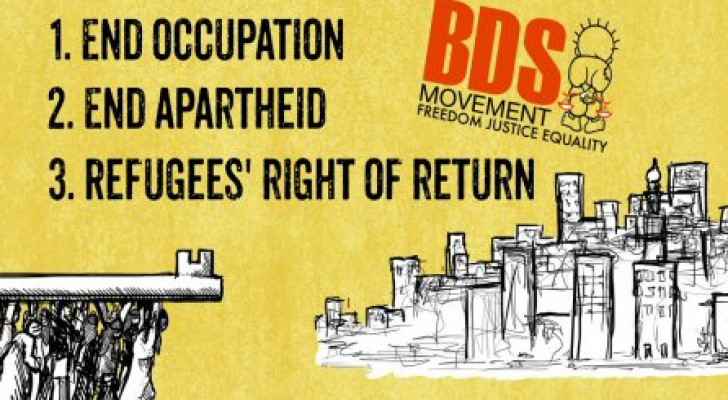 The Boycott, Divestment and Sanctions (BDS) movement for Palestinian rights has been officially nominated to win the Nobel Peace Prize for 2018.

In a statement released by Moxnes, he wrote: “I proudly use my authority as an elected official to nominate the Boycott, Divestment and Sanctions (BDS) movement for Palestinian rights for the Nobel Peace Prize”.

He listed the goals of the BDS movement saying: “They should be supported without reservation by all democratically-minded people and states.”

Urging the world to support BDS, Moxnes called to end the occupation and oppression of the Palestinians, to light new hope for peace for Palestinians, Israelis and all people across the Middle East.

Accordingly, the BDS winning will be a sign that the international community is committed to support a peace and using peaceful means to end military rule and broader violations of international law in Palestine and the Middle East.

The BDS is a Palestinian-led movement made up of unions, academic associations, churches and grassroots movements across the world.

It is a global anti-racist human rights movement, that is opposed on principle to all forms of discrimination, including antisemitism and Islamophobia.

Many organizations have celebrated BDS nomination, including Jewish Voices for Peace, who welcomed the “wonderful news” on their Twitter account.

The Nobel Peace Prize is one of the five Nobel Prizes along with the prizes in Chemistry, Physics, Physiology or Medicine, and Literature.

Many Arabs were awarded it before, including: