Following US cut, 11 countries to speed up contributions to aid UNRWA

UNRWA to recieve aid from 11 countries. 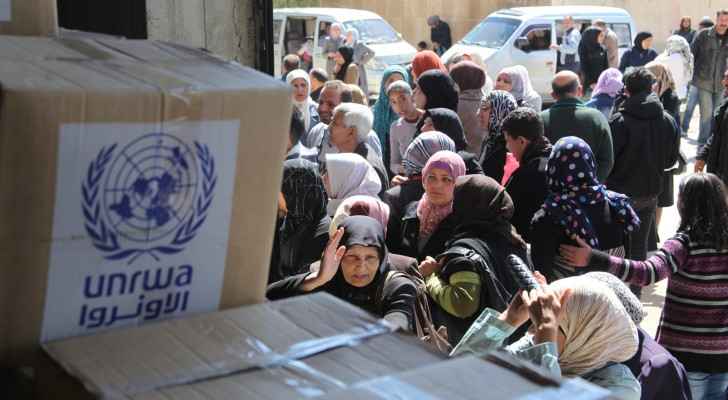 Following US decision to cut annual aids provided to the UN Relief and Works Agency (UNRWA), 11 countries agreed to speed up their contributions to help aiding the agency.

The Commissioner General of the UNRWA, Pierre Krähenbühl, said that Russia, Kuwait as well as other nine European countries agreed to help filling the shortfall in the UNRWA.

Krähenbühl said: “Trump administration’s decision seems to be linked to the UN Security Council's vote, when most member states dismissed Washington’s decision to recognize Jerusalem as the capital of Israel.”

He said the US decision to reduce funding for the UNRWA “has a political dimension that I think should be avoided.”

On Monday, 13,000 UNRWA workers in Gaza went on strike, closing schools, clinics and food distribution centres in the Strip.

People said that this cut will negatively impact the Strip and worsen people’s living conditions.

In Jordan also, UNRAW's Jordan offices announced the cut of 100 jobs, in an initial procedure to terminate expenditures and services provided to the Palestinian refugees.

Washington announced earlier in January that it will pay $65 million to the agency, which is more than half of its planned contribution this year. It demanded that the agency should make unspecified reforms.

Tensions are rising between the US and the Palestinian National Authority following US Jerusalem's decision that was condemned widely by the UN Security Council.

The UN agency is mainly funded by voluntary contributions from UN member states, the US is considered the largest donor.