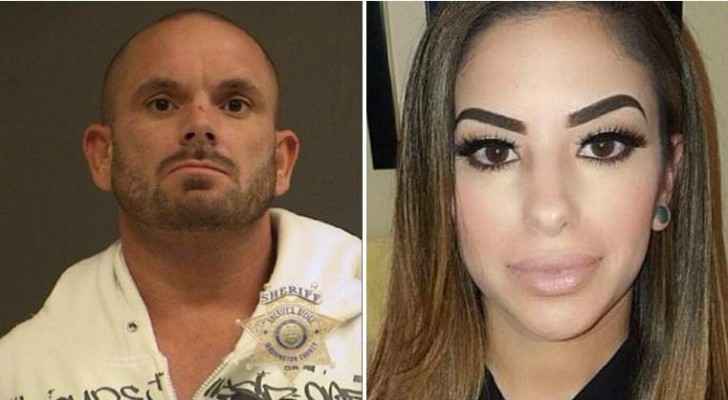 An Oregon ex-convict is accused of the horrific murder of 28-year-old Jordanian mother Sara Zghoul.

Sara’s dismembered body was found stuffed in two cases inside the trunk of a black BMW in Aloha on Thursday.

The suspect has been named as Jeremiah "Jeremy" Johnston, according to The Oregonian.

The 35-year-old felon was released from prison in May 2017 after spending 23 months behind bars. He was arrested again in August 2017 and charged with cocaine possession.

Johnston was on probation for multiple drug charges up until he was taken into custody on the suspicion of Sara’s murder, according to law enforcement sources and court records.

On Saturday, forensic investigators searched Johnston’s mother’s house after finding the abandoned BMW with Sara’s body in it parked nearby.

Johnston had been living with his mother at the time.

It is not known whether Sara had had any relationship with Johnston before her murder, but police records show that “the houses belonging to their families are a half-mile from each other in Aloha,” according to The Oregonian.

Before Johnston was arrested late Thursday night, he tried to commit suicide by slashing his throat and wrists.

The Oregonian reported that Johnston “remained hospitalized Monday and his name has not been publicly released by the Washington County Sheriff’s Office,” adding that “he would be identified after he is booked into jail and charged,” according to officials.

Sara's family released a statement on Monday condemning the “heinous” crime and calling on the US authorities to quickly find the perpetrators and bring them to justice as soon as possible.