ISIS claims responsibility of a deadly attack hit a military base in Kabul. (AP) 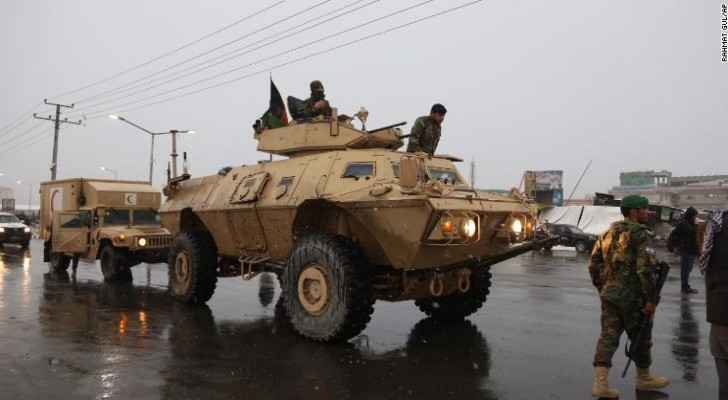 Deadly attack hit the Afghan capital, Kabul, killing at least 11 soldiers and injuring 16. It targeted an army base near a military academy in the city earlier Monday.

Five militants were involved in the attack, four of them were killed, yet one was arrested, the Defence Ministry spokesman, Gen Dawlat Waiziri told the BBC.

In details, several explosions were heard, as well as small-arms fire, as two attackers blew themselves up, two others were killed by security forces and the fifth was arrested.

This is not the first attack on the military academy, as in October 2017, Taliban killed 15 soldiers in an explosion hit the academy.

The attack is the latest in a wave of attacks targeted the country recently, starting from a suicide attack on the international charity, Save the Children, in the city of Jalalabad last Wednesday, in which three people were killed and two injured.

Another attack was carried out on a hotel in Kabul, killing 22 people.

The last deadly one took place on Saturday, when Taliban militants hit an ambulance packed with explosives killed at least 100 people.

Recent attacks were believed to be a response to increased US pressure on Pakistan, according to the chief of the Afghan Intelligence Services.

He confirmed that the US and Afghanistan accused Pakistan of providing safe havens to militants and President Donald Trump recently suspended security aid to Islamabad. Pakistan has denied the claims.