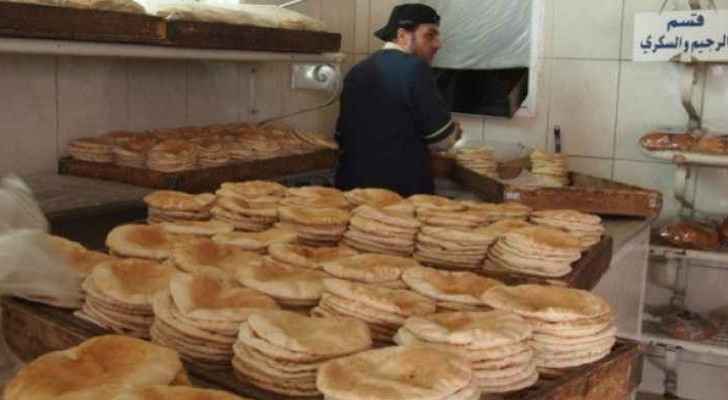 Jordanians consumed around 35% of the governmental bread subsidies, which is 45 million JDs from a total of 120 million JDs, according to Petra News Agency.

Data released by the Ministry of Trade and Industry showed that 35% of refugees and expatriates consumed 40% of the bread subsidies, consuming more than Jordanians.

The new-released data showed that 10% of the assigned bread subsidies is wasted, and the percentage of illegal usage of flour reached 15%.

Officials in the ministry confirmed this data was the main reason behind lifting subsidies, in order to benefit from the money in another projects.

This comes after the new bread prices started into effect on Friday night, five days earlier than it was planned by the government.

Earlier in November, the government lifted bread subsidies, in which the difference of bread consumption was estimated at JDs 2.2 per capita.

This comes as part of the government’s decisions to achieve stability for economic growth.

In January also, the Cabinet announced new economic reforms for the year 2018, including higher taxes on cars, fizzy drinks, cigarettes and different types of fuel, as well as reducing vehicle-ownership transfer fees.

Jordanians in Ukraine exempted from all ....