US to stop providing Kurdish Fighters in Syria with weapons

Kurdish fighters stand near a U.S military vehicle in the town of Darbasiya near the Turkish borders (Reuters) 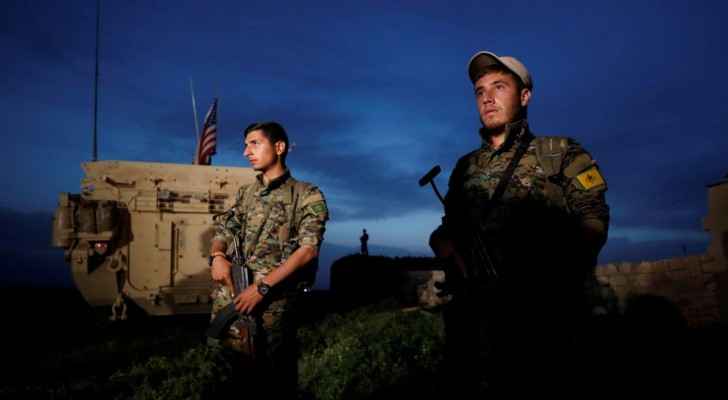 Turkish Presidential spokesperson Ibrahim Kalin said on Saturday that the United States of America confirmed for Ankara it has stopped supplying Kurds in Syria with weapons as Turkey's offensive against the U.S.-backed Kurdish militia in Syria entered its eighth day.

Kalin pointed out that U.S. National Security Adviser H.R. McMaster told him that Washington understands the “normal” Turkish concerns, saying that the coordination between Turkey and the U.S. will continue, according to Turkey's state-run Anadolu news agency.

Turkish army announced on Friday 400 Kurdish fighters and three Turkish soldiers were killed since the beginning of Olive Branch Turkish offensive in the Syrian city of Afrin.