This might have happened had it snowed this weekend in Amman. (Vehicle Ideas) 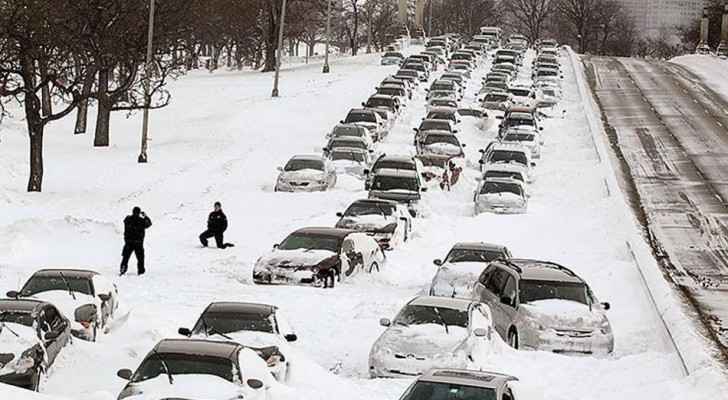 Many people were desperate for it to snow in Jordan on Friday, after, for the second week in a row, weather forecasters promised plenty of snowfall in areas 900 m above sea level.

While it snowed in Karak, Tafilah, Ajloun and Petra, other parts of the Kingdom, including Amman, were only blessed with rain and some hail.

We won’t lie, we too wanted it to snow, but on second thoughts, here are 5 reasons why we’re oh-so-thankful that it didn’t. When snow gathers on top of your satellite dish, signal breaks. Which not only means that you can’t watch Roya TV, but it also means that your mum will ask YOU to go up to the roof, gently remove the snow, and begin playing the “is it working now?” game.

Frozen pipes means days without water. Which also means, no showering, no doing the dishes and no clothes-washing. The only way to fix it? Pouring hot water on top of the pipes. The irony? There’s no water to do it with. When it snows, the entire population feels obliged to spam your newsfeed with pictures of what the snow looks like from their window. 5. No worrying about a medical emergency Imagine going into labour or having a heart attack while snowed in? Exactly.