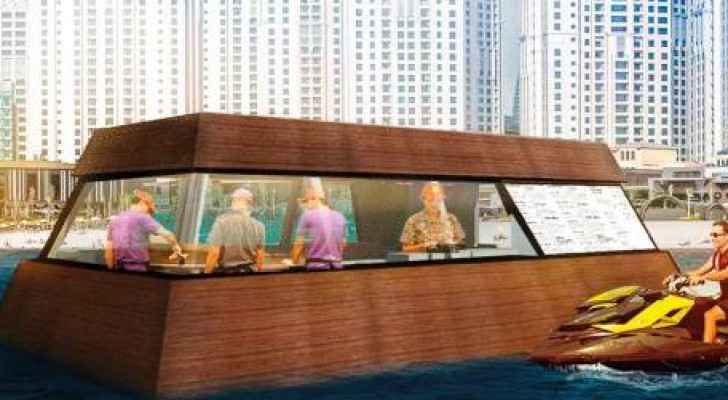 The concept of food trucks, has found its way in the sea, as the world’s first floating kitchen will be coming in the seas of Dubai this month, Gulf News reported.

Customers on jet skis, boats and yachts, can now order food while in the sea practising their hobbies.

“The goal here is to redefine the idea of a food truck — which is always found on land — and to develop what you can call a floating kitchen that serves people who are in marine craft rather than cars,” said Ahmad Yousuf, founder of Aquatic Architects Design Studio, the main consultant and builder for the Aqua Pod.

According to Yousuf, the Aqua Pod is able to move and relocate depending on customers’ demands.

Aqua Pods will offer two ways for customers to order food. The first is the flag system, which delivers food to all boats once they raise their flag. While the other way for people to order food, is to directly stop by the Aqua Pod.

“This is more designed for smaller marine craft rather than the bigger ones,” he said.

“Our client decided to go with the burger concept, most people out on the beach like to eat a burger, and it’s the easiest meal to consume. In the future, the menu options can be expanded to pizzas and desserts depending on the success.”

But that is not it. The floating kitchen -which will be electrically run-, has a system that collects trash found in the sea.

“ Even if someone makes an order from us and then throws that trash into the sea — which is out of our control — the Aqua Pod can take in all that waste into one of its tanks, which is then discharged afterwards,” he added.

Dubai begins vaccinating those aged between ....

Dubai begins vaccinating those aged between ....