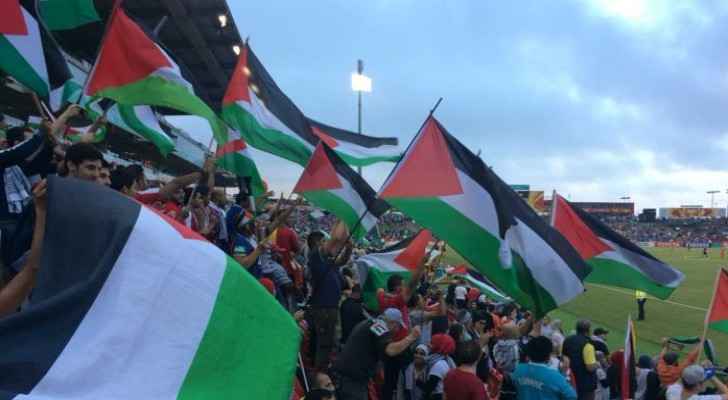 The Palestinian team occupied the 75th place in the latest published ranking, after it was ranked 82nd in a previous  ranking released in November 2017.

Among the Asian Football Confederation (AFC) listing, the Palestinian team ranked in the seventh position, after the Palestinian U23 Olympic team was advanced to the quarter finals in the AFC U23 championship currently being played in China, Wafa News reported.

While Israel dropped one position, to take the 99th spot on the list. Germany continued to occupy the first place internationally, followed by Brazil, Portugal, Argentina and Belgium in the 5th position.

On Arab teams basis, Tunisia is the best occupying number 24 on the list, then Egypt number 30, Morocco 39, Algeria 57 and Saudi Arabia 65.

Earlier ranking released in November showed Palestine ranked 82 out of 112 participating countries, in which for the first time, it occupied higher ranking than the Israeli National Football team.

The team’s coach, Abdel Nasser Barakat, 41-years-old, told FIFA then that "It is a great performance by Palestine, but we need to back it up by continuing to work. We want to end the Asian Cup qualifiers as we started. Its important for the team before the draw for the finals."

It is worth to mention that the Palestinian National Football team is facing many logistic and financial obstacles due to the occupation they are suffering, however; they were able to register a significant ranking in their history.