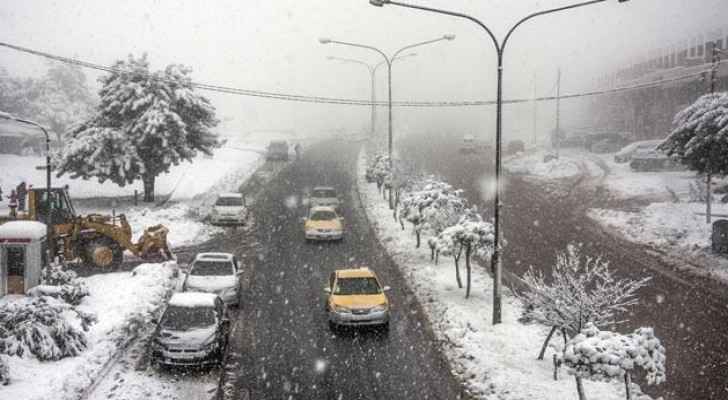 The Greater Amman Municipality (GAM) announced a state of emergency starting Thursday until Saturday, as a weather depression will hit the Kingdom on Friday.

The emergency state comes as snow is expected to fall this weekend, due to cold polar air, according to weather forecasts.

The municipality has drawn a plan to open main roads and secure tunnels, using a variety of rented equipment.

Meanwhile, the municipality has issued warnings to citizens, including staying at home during heavy rainfall and snowfall, and while the roads are icy, in order to keep the roads clear for the concerned authorities’ vehicles to reach those who need help.