The Roman Amphitheater in Amman is included among the 'Jordan Pass' ticket. 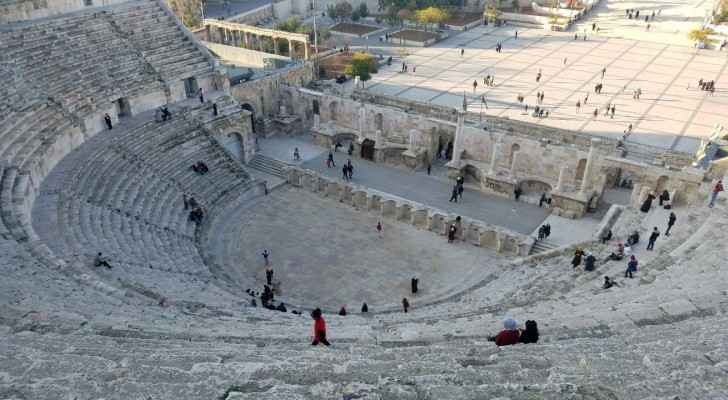 The Jordanian Cabinet announced it will extend the decision to charge Arab tourists the same entry fees as Jordanians when they visit tourist and archaeological sites until December 31st, 2018.

The decision, was first taken in 2014 and previously extended for each year, respectively. It
It aims at enhancing Jordan's competitiveness to attract Arab tourists to the Kingdom’s local tourist sites.

However, while foreign tourists are still paying higher fees than those of Jordanians’ or Arab tourists, the Jordanian Tourism Ministry launched earlier in 2015 a unified entry ticket called “Jordan Pass”.

It enables tourists to visit various archaeological sites and museums in the Kingdom at a price of JDs 70 (around $99).

The ticket is aimed at encouraging tourists to visit the country's most popular sights such as the ancient city of Petra and the Unesco World Heritage site of Wadi Rum.

During 2017, Jordan marked significant achievements to improve the tourism industry, including considering the “Jordan Trail” among the 21 best places to visit in 2018, according to National Geographic Traveler magazine.

Additionally, the Central Bank of Jordan recorded a 12.7% increase in its revenues from tourism; that's $3.9 billion (2.7 billion JOD). The number of visitors increased by 8.9% in comparison with 2016.

In October, the Jordan Tourism Board launched a campaign called #Amman24 to promote tourism in Amman, aiming at helping Arab and foreign tourists discover new places they could visit within 24 hours, as well as fun activities they can enjoy in the city.

In Petra especially, tourism witnessed significant improvement during 201. The tourism movement reached 34%, including Jordanian and foreign tourists and school trips.

Read More: Around 599,413 Jordanian and foreign tourists visited Petra in 2017