Palestinian President Mahmoud Abbas warned of withdrawing all agreements with Israel and US. (Archive) 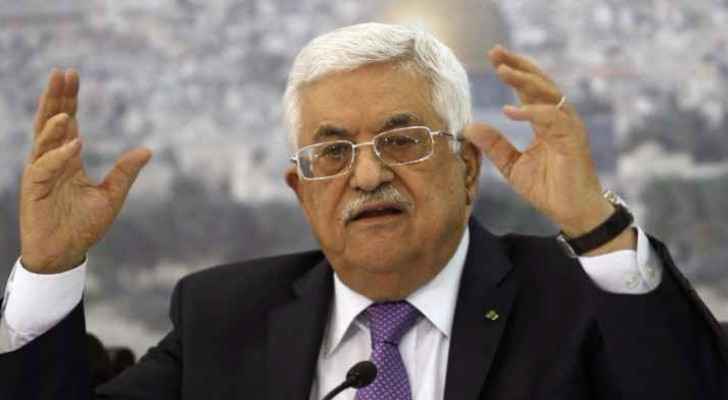 "He's trying to bring down all of our homes—the home of the Palestinians, that of the Americans and that of the Jews," Lieberman told Ynet.

Abbas has "lost his senses" in his speech, in which he attacked Israel and the US President Donald Trump, and he recommended to the Council to rule out any role for the United States in mediating a peace solution with Israel.

The Israeli minister noted Abbas' address expressed his giving up on the peace negotiations and opting instead for a confrontation with both Israel and the US.

Liberman also claimed Abbas has lost the support of moderate Arabs. "The entire moderate world is telling him: “If it's between you and the US, we'll go with the US.”

The Palestinian President Mahmoud Abbas called on the Central Council of the Palestine Liberation Organization (PLO) to the meeting held on Sunday in Ramallah for a revision of the agreements signed between the PLO and Israel.

“I call on the Central Council to revise all the agreements signed between the PLO and Israel because Israel has brought these agreements to a dead end,” he said, including Oslo Agreement and Camp David Deal.

He added that “We are going to take this decision even though we know in advance what it will bring to us.”

Israel has ended the Oslo agreement,” so the Central Council needs to think of “where should we go from here?”

“We will not accept what the US is going to propose to us and will not accept its mediation after its Jerusalem crime, but we will accept only an international mediation in the peace process with a goal to end the occupation.”

Abbas also criticized the UN and the international community in his speech, for not implementing UN resolutions on Palestine.

The Palestinian president confirmed he will not accept stopping payment of allowances to families of Palestinians killed in action or prisoners as demanded by the US and Israel.

It is worth to mention that all Palestinian factions attended the meeting except for Hamas and the Islamic Jihad, which are not members in the PLO, after they objected to the venue of the meeting.

Although both Islamist organizations are not members in the PLO, they are regularly invited to attend PLO meetings, Wafa News said.

However, part of the reconciliation understanding between Hamas and the ruling Fatah party is to reshape the PLO to get Hamas and the Islamic Jihad to become official members.

Tensions between the Palestinian side and the Israeli-US side expanded since Trump's Jerusalem announcement to recognize Jerusalem as the Israeli official capital and to relocate his country's embassy from Tel Aviv to Jerusalem.

Details of economic projects to be discussed at Bahrain ....

Details of economic projects to be ....