'Is it my fault?' exhibition displays rape victims' clothes

Victims were wearing these clothes when they were attacked. (deredactie.be) 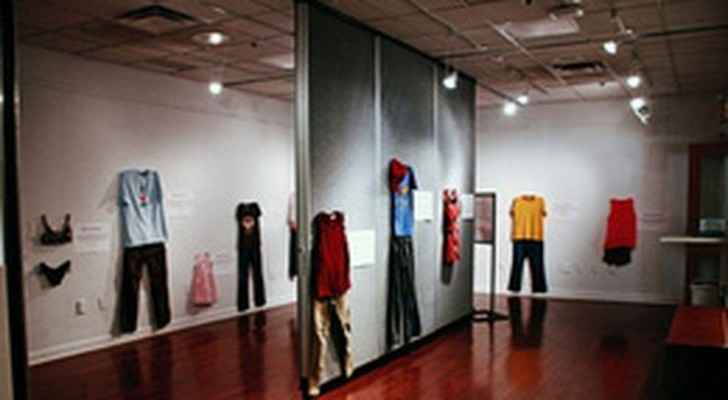 An exhibition is being held in the Molenbeek district of the Belgian capital, Brussels, displaying clothes of rape victims, according to the BBC.

Different clothing items which the victims wore when they were attacked are being hanged on the walls, to dispel the myth that promotes dress as a factor in sexual crimes.

“Is it my fault?”, the name chosen for the exhibition, displays clothes loaned to the organizers, victims support group CAW East Brabant, and it includes pieces like tracksuit bottoms, pyjamas and dresses.

“What you immediately notice when you walk around here: they are all very normal pieces that anyone would wear,” CAW's Liesbeth Kennes told VRT1 radio.

As you take a look at the pieces, you will even find a children’s shirt with an image of a pony.

Victims of sexual assault around the world are still blamed for what happens to them.

Kennes says that victims may be questioned on the assumption that they were at least partly responsible.

"There is only one person responsible, one person who could prevent rape: the perpetrator,” she added.