The camp hosts around 80,000 Syrian refugee. (Photo from: Oxfam) 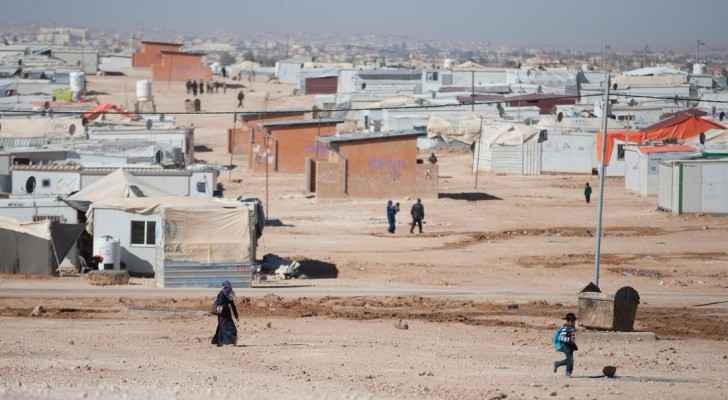 Two siblings died on Wednesday morning in the Syrian refugees camp in Zaatari, after falling into a hole that is still under construction in the camp.

Diving teams evacuated the two bodies of the siblings -7 years-old and 9 years-old- who drowned in a 25 meters hole used for sanitation purposes according to a statement released by the Civil Defence.

The two children died on-spot before they were taken to the camp’s hospital, Al- Awn Hospital.

Despite the Jordanian Public Security Directorate (PSD) and the Greater Amman Municipality (GAM) warnings of heavy rainfalls and strong winds across the country, several streets and houses were flooded on Friday which caused landslides in different parts of the country, authorities reported, without reporting any other weather-related fatalities.

The Zaatari refugees camp is currently hosting more than 80,000 Syrians  who were forced to leave the war in their country since 2012. More than half of the camp’s residents are children, according to an Oxfam report issued in 2017.

It is located 10 kilometres East of Mafraq, which is gradually evolving into a permanent settlement for Syrians who lost their homes in the war.

While Syrian refugees are suffering the lack of sufficient food supplies and better accommodation, the Jordanian government spends an estimated $870 million a year supporting Syrian refugees from the aids and funds the government received.