US Vice President to visit Jordan this month, but not Palestine 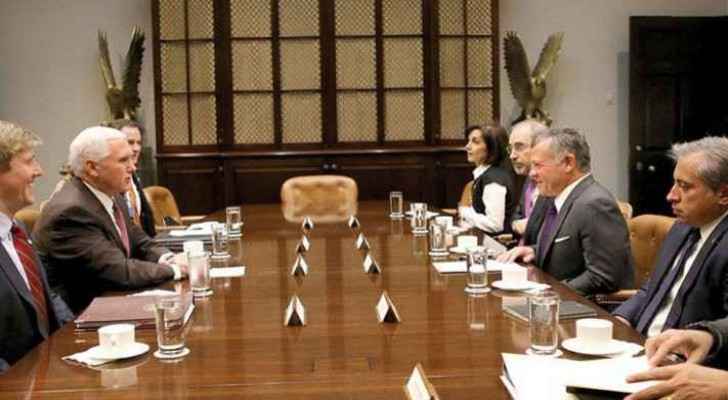 US Vice President Mike Pence to visit the Middle East later in January, according to a statement released by his office.

The visit will include Jordan, Egypt and Israel, but he will not visit Palestine. It will start between January 19th until 23rd, in which he will “address the shared need to combat terrorism and assist persecuted religious minorities”, the statement said.

His visit was planned earlier in December, however; it was cancelled according to the Palestinian Authority’s request to cut off all contacts with US officials and warned they will not meet with Pence.

It followed Trump's Jerusalem decision on December 6th, that sparked national and Arab anger that led people to protest calling to cut relations with US until Trump withdraw his decision.

However, Pence is a strong supporter of Trump’s decision on Jerusalem, as he will visit the Western Wall in Jerusalem and give a speech at the Israeli parliament, the statement said.

His visit will start in Egypt for two days, before travelling to Jordan for one day then it will end in Israel.

“The Vice President is traveling to the Middle East to reaffirm our commitment to work with the United States' allies in the region to defeat radicalism that threatens future generations," said Alyssa Farah, Pence’s press secretary.

On the other hand, Jordanians refused Pence’s visit to the country without any official response up till now, to protest against Trump's decision to move US Embassy from Tel Aviv to Jerusalem, recognizing it as the Israeli capital, amid calls to cut relations with US.