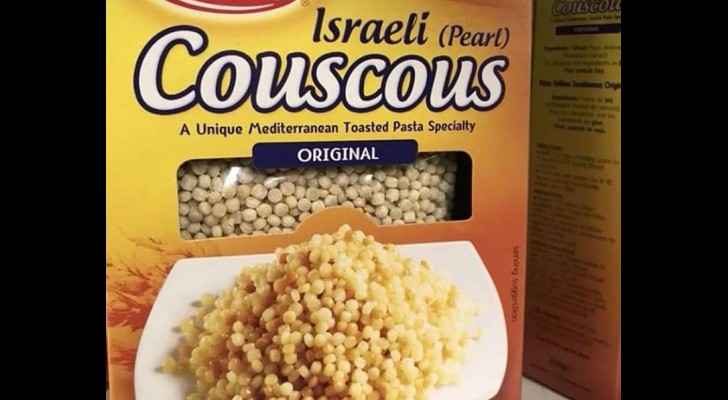 It raised controversy among people who criticized Israel's attempts to steal other nations' food to claim it their own, even though they name it wrong.

The image shows a bottle written on it: Couscous, while it actually represents another North African national dish shared by Morocco, Algeria, Tunisia, Mauritania, Egypt and Libya. It is called Berkoukech Soup (Mhamsa).

People on social media went to criticize the move, accusing Israel of trying to steal Arab and Palestinian food:

Earlier in November, the official Tel Aviv twitter account posted a picture of knafeh, with a message reading “This is Baklava".

This is Baklawa. It is basically everything you need to know. pic.twitter.com/TWml0Ez04i

He says in the video: we will not forget "Flafel, the favourite Israeli dish".

The well-known cook, Rachael Ray, earlier cooked Palestinian food, including hummus, tabouli, stuffed grape leaves, chicken fried in za’atar and cucumber salad, and she claimed they are an Israeli food, which stirred up controversy among Palestinians and Israelis.

Israelis also tried to name well-known Arab and Middle Eastern dishes on their name, including Shawerma, Flafel, Hummus, Labneh, Shakshoukeh, Kubbeh and many others.