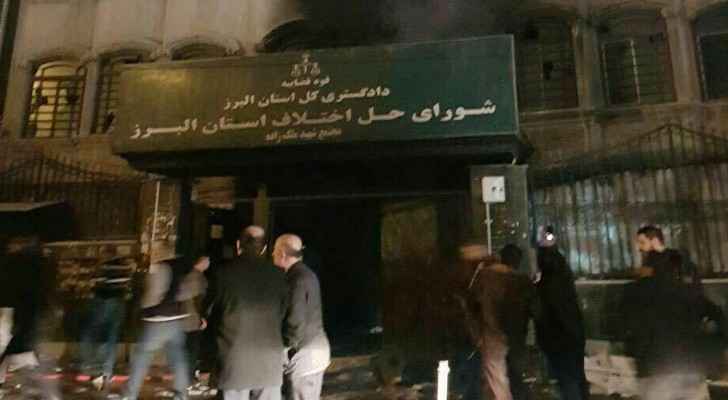 At least two protesters were reportedly killed in after Iranian security forces reportedly opened fire on anti-government protesters on Saturday, according to a semi-official Iranian news agency.

According to Mehr news agency, two people were killed in Dorud, a city in western Iran, as the largest protests seen in the country since 2009 continued for a third day.

While there was no official confirmation of the fatalities, images posted on social media appeared to show several bodies being carried away after clashes with police.

Habibollah Khojastepour, security deputy of the governor of Lorestan province, accused "agitators" of preventing a peaceful end to the protest, according to Mehr, adding that neither police nor security forces fired at the protesters.

"Those who damage public property, disrupt order and break the law must be responsible for their behaviour and pay the price," Abdolrahman Rahmani Fazli said on state television early on Sunday.

The anti-government rallies, thought to be the biggest show of public defiance since 2009, began on Thursday in the Mashid.

Meanwhile, the US State Department has expressed its support for the protests and condemned the arrest of peaceful demonstrators.

A statement on Friday said: "Iran's leaders have turned a wealthy country with a rich history and culture into an economically depleted rogue state whose chief exports are violence, bloodshed and chaos."
It added: "As President Trump has said, the longest-suffering victims of Iran's leaders are Iran's own people."

"We urge all nations to publicly support the Iranian people and their demands for basic rights and an end to corruption."