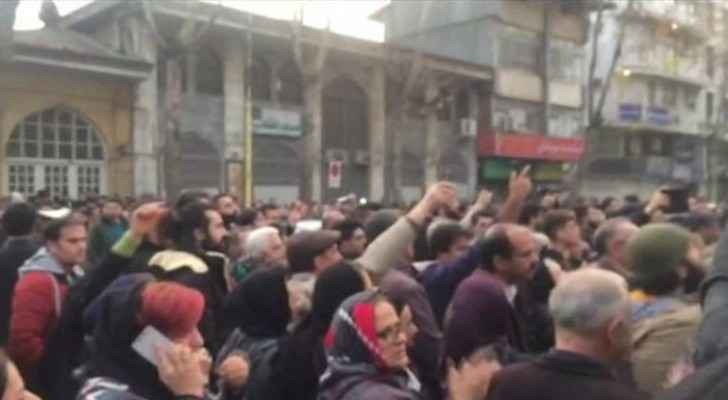 Fresh protests erupted in several Iranian cities on Friday, with thousands of demonstrators protesting over high prices and shouting slogans against the government.

Around 300 people protested in Kermanshah, a city in western Iran, on Friday, according to Fars. Police reportedly intervened after protesters damaged public property.

Protests also broke out in the capital Tehran, according to social media.

The anti-government rallies, thought to be the biggest show of public defiance since 2009, began on Thursday in the Mashid, with authorities arresting 52 protesters over the unrest.

Chants in the holy city of Qom tonight, the spiritual center of #Iran: “We don’t want an Islamic Republic!” pic.twitter.com/ilawigFGej

Meanwhile, the US State Department has expressed its support for the protests and condemned the arrest of peaceful demonstrators.

A statement on Friday said: "Iran's leaders have turned a wealthy country with a rich history and culture into an economically depleted rogue state whose chief exports are violence, bloodshed and chaos."

It added: "As President Trump has said, the longest-suffering victims of Iran's leaders are Iran's own people."

"We urge all nations to publicly support the Iranian people and their demands for basic rights and an end to corruption."