The current US Embassy building in Tel Aviv. (Archive) 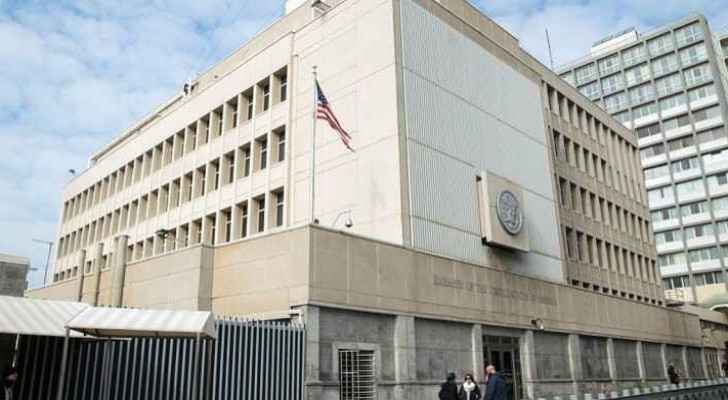 The US government completed procedures to buy a hotel building in Jerusalem City, in preparation to move their embassy from Tel Aviv to Jerusalem city, Israeli official sources said.

An American delegation visited Jerusalem recently, headed by an official representative of Trump, to double-check preparations to move the US embassy to Jerusalem, according to the Israeli Channel Two reports.

On the other hand, the Palestinian Information Center confirmed the news, affirming that Diplomat Hotel is the planned location, in southern Jerusalem City, where Israeli immigration department operates.

The Israeli Channel also confirmed that the embassy will be moved “temporarily” to the Diplomat Hotel, until they finish establishing the embassy’s place.

According to the same source, the Planning Department of Jerusalem Municipality approved the architectural plan for the US Embassy building in Jerusalem; it includes fortified rooms, a shelter and surrounded by secured walls.

While US Secretary of State Rex Tillerson said earlier that the embassy’s relocation would take roughly two years, he backtracked later and said that plans to complete the move in even three years were “ambitious”.

However, the residents of the Diplomat Hotel in Jerusalem have been informed that their two-year lease will not be renewed, and that they will be required to vacate the building in the next two years, according to the Israel National News Website.

This points out that the embassy’s relocation might take at least two years.