Ride-hailing apps have been raising controversy in Jordan recently. (BusinessInsider) 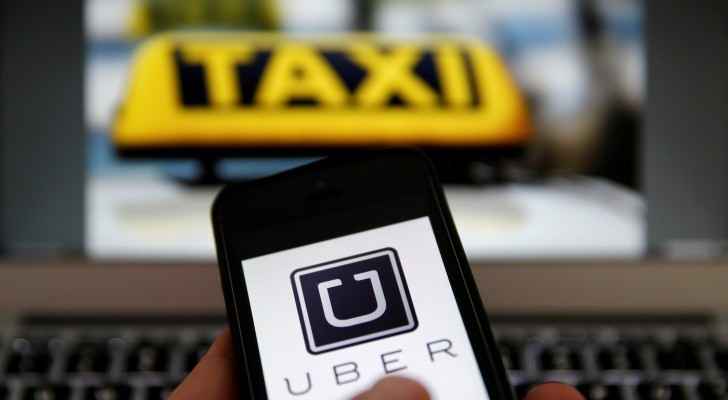 After the Jordanian government's decision to license ride-hailing apps like Uber and Careem, taxi drivers went on protests in different cities including Amman and Irbid, to express their anger toward the new regulations.

Taxi drivers demanded telecommunication authorities to block ride-hailing apps, with fears that the new regulations would increase the work of Careem and Uber at the expense of their taxis.

Under the new system, companies who use smart applications to provide transportation services are not allowed to operate before obtaining necessary licences and permits from the Land Transport Regulatory Commission (LTRC)

The new system aims to improve the services provided to citizens and to benefit from such applications in the passenger transport sector, according to officials.

Recently, the ride-hailing apps have been the subject of controversy among Jordanians, especially with the government postponing the licensing of these apps, and issuing a new decision to fine or arrest drivers who work with them.

Reactions among Jordanians varied, with the majority welcoming the long-anticipated decision after a series of complaints directed towards yellow cabs.

Translation: Absolutely against them [taxi drivers]! When he learn to act like taxi driver not think of himself as a Prime Minister, then everybody will return back to use yellow taxis.

Translation: One man's trash is another man's treasure.

On the other hand, some people expressed their sympathy with yellow taxi drivers who are taking this job as their only source of living.

Translation: I can't express my feelings...Should I be happy because finally we will get rid of the bad attitude of most taxi drivers, or should I sympathize with people who will not have any other source for living.. La hawla wala quwawata illa billah (there is neither power nor ability save by Allah).