He hadn't seen his son in two years. (Facebook) 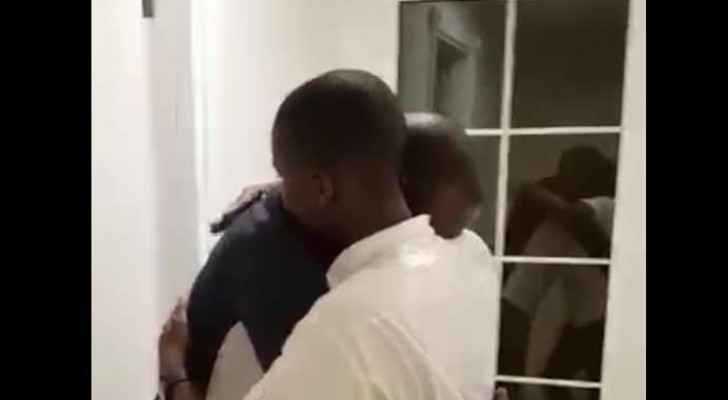 It had been two years since David Muyomba had seen his son. But the Ugandan staffer, working at a Dubai clinic, was treated with an earlier Christmas surprise, when his boss gifted him an exceptional Christmas present.

David Muyomba, an archives officer at My Dental Clinic in Dubai, was dumbstruck when he lifted the wrapped box to find his 15-year-old son Darren, whom he hadn't seen for two years due to financial constraints.

The clinic's founder, Carl Gorton, and his family arranged the father-son reunion during an early Christmas dinner at their house.

"I almost fainted, I couldn't believe it. I was touching (my son) to make sure he's not a ghost," David told the Khaleej Times over the phone. "It took me two days to get over the shock. I haven't shed that much tears since my mother passed away."

David, who's been working at the clinic since 2014, had not seen his son for two years, encouraging Gorton to go to Germany to meet David's sister and arrange a passport, ticket and visa for the boy to fly to Dubai.

"We all agreed that Christmas was the best timing as it's a time of giving and also because it's an important holiday for David being Christian," Gorton told Khaleej Times.

He recalled, "I ended up lying to David that I had been invited to Germany by a supplier and that I'd like to have his sister's number to get some tips of what I should see/do there. We later arranged a passport for Darren, along with his ticket and visa."

David and Darren are currently spending the holiday in a hotel in the Palm, financed by Gorton, and taking trips around Dubai.

"So far, I have taken Darren to the movies at Dubai Mall where we also saw the fountains. We went to Atlantis and the Global Village and later on, we are arranging for a desert safari trip and Ferrari World," said David, who will be spending time with his son until January 4.

"I'm very happy I'm spending Christmas with him. I can't thank [Gorton] and his family, and my sister enough. Darren is all I wanted for Christmas," said David.