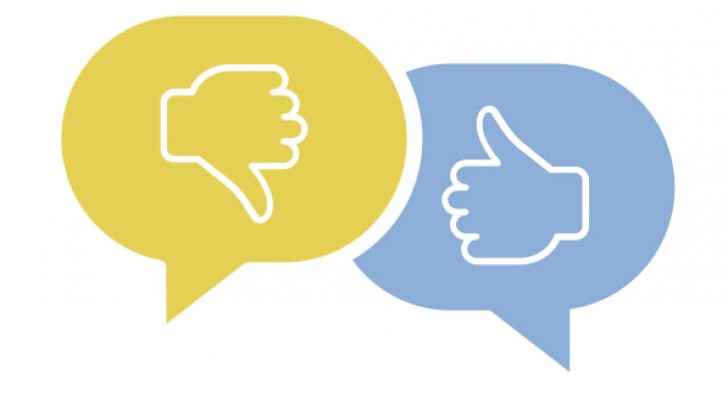 In a fast-paced world, where money, good service, and marketing matters, the term “feedback” has become well known among those who are looking to enhance their businesses.

However, feedback is more than just stacking words next to each other to form an opinion of your own. Feedback is a culture.

The question subsequently comes to mind while reading these lines, why would I trust people’s opinions and why would people trust mine?

Building a workplace based on feed-back culture, and on a bigger scale a feedback-culture society, requires interacting with different parts of any community, where you can write and express your opinion freely and let go of the feelings you have been keeping inside.

We have all reached that point where we wish we can find enough recommendations and ratings for a specific hospital, restaurant, school or maybe a certain movie or even opinions on the best cameras. However, in Jordan it may seem rather difficult to do so, as people tend to distrust opinions in general, particularly from people that they do not know.

As “feedbacking” requires a system of good behaviour and positive attitudes, it also requires honesty and true feelings.

Asef al-Jahmani from Jordan, the CEO and founder of an application called “Feedbacker,” which launched as a Jordanian application but is extending to many other countries around the world, has already thought about this and poured his thoughts into practical practice.

His story started when he was trying to find the best school in the kingdom for his kids, and could not find rational objective advice.

The idea later developed, as he built up a startup for an application (FeedBacker) where people can write their opinions under different titles, including services, companies, products and even topics that matter the most for people.

Al-Jahmani’s concept of starting such an app was to provide space for people to write their opinions and experiences of all the services and products they were exposed to, and to raise awareness on how important it is to actually submit feedback that relies on decent behaviour when writing opinions and criticism.

“If we want to improve any product and get the best services, then we definitely need to consider feedbacks,” Al-Jahmani said.

“Feedbacker was designed to offer people reliable and constructive feedbacks in an easy and practical way,” he added.

However, the idea did not stop there. Asef also wanted these opinions to reach the concerned people in order to provide better services. Therefore, he started collecting data with a special team to produce reports based on data analysis, to then send on to the right authorities.

The idea of feedback has been implemented in many companies around the world, where employees are asked to share their feedback about different topics and subjects in their workplace, and also receive feedback by their employers on their work, position and roles.

“By providing feedback, you are essentially providing more guidance for the person,” Cleverism reported.

According to an infographic by Officevibe, 78% of employees in the survey felt they are more motivated when recognised by managers after receiving feedback on their work.

While creating a feedback culture system might sound slightly complicated to establish and accomplish, numbers definitely show that a strong feedback culture will benefit organisations regardless of their type. It also can boost employees’ motivation as well as customers satisfaction.