Cholera death toll rises to 471 in Yemen. (Photo: WHO) 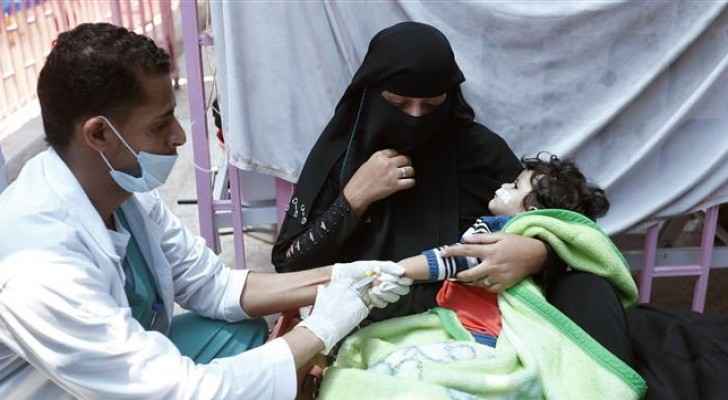 The number of suspected cholera cases in war-torn Yemen has hit one million, the International Committee of the Red Cross said on Thursday.

After almost three years of war between a Saudi-led coalition and Houthi rebels, over 80 percent of Yemenis lack access to food, fuel, clean water, and healthcare.

At least 2,226 people are believed to have died of the disease since April, although the number of new cases has declined for 14 consecutive weeks.

The ICRC said the outbreak was "amplifying the suffering of a country caught up in a brutal war".

"Yemen suspected cholera cases has reached the threshold of one million, amplifying the suffering of the country caught up in a brutal war," the ICRC said on its Yemen Twitter account.

"The disease should not be so ferocious. Preventing cholera is pretty simple in theory: wash your hands with clean water, drink clean water, and eat food that has been boiled or cooked," said Johannes Bruwer from the International Committee of the Red Cross.

"But clean water in Yemen is a luxury. Municipal workers in Sanaa have not been paid in months. And so we have no electricity, rubbish piling high in the street, and a crippled water system”, he told the BBC.

Although cholera has a low death rate of 0.3 percent, the size of the outbreak along with the lack of proper equipment and medical staff has put thousands more at risk of death.