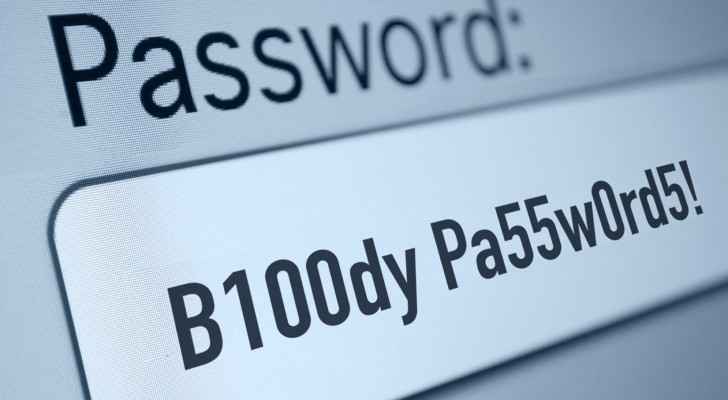 2017 brought with it many digital security disasters, from the Yahoo! email hacking attack, in which 3 billion user accounts were comprimised, to the latest WannaCry and BadRabbit ransomeware attacks.

However, despite ongoing warnings by security researchers, people are still using weak and easy-to-guess passwords.

Splashdata, a password and record management solutions company, released a list of the worst passwords used in 2017, by using the data of about 5 million leaked accounts.

The list contains many ineffective passwords internet users have been using for a long time, such as "qwerty" coming in at 4th place, "admin" at 11th, as well as the word "login" at 14th place.

"Starwars" was also one of the unusual weak passwords used this year, prior to the release of the new film, Star Wars: the Last Jedi.

"Unfortunately, despite the international success of the latest movies in the franchise, using "Star Wars" as a password is not secure, because hackers use popular words to comprimise users' accounts," said Morgan Slain, the Chief Executive Officer of Splashdata.

Many other names and topics, such as first names and car brands, were used as passwords, which are also considered a threat to users.

"trustno1" was also considered one of the worst passwords. Many experts warn about using numbers and special characters, saying they are a useless trick.

According to a new report that was released earlier this week, many people still use "password" as the password to their personal accounts.

The report also said that men are 2.8 times more likely to use "password" than women.