Video: This is how Jordanians celebrate Christmas - A Christmas Parade Special 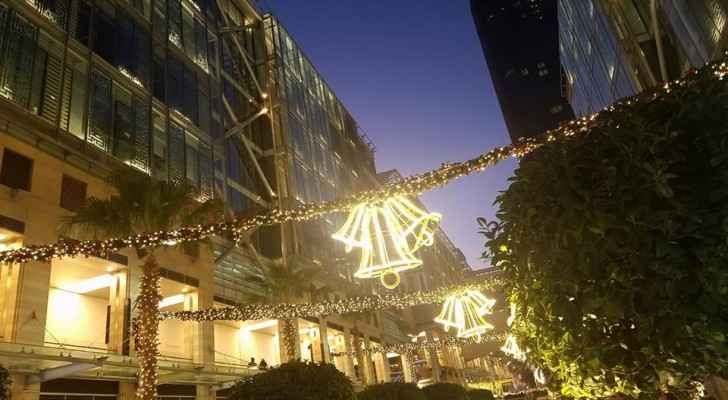 Coming from Bethlehem, the Christmas Parade arrived in Amman, its first of several stations in Jordan, including Fuheis and Madaba.

Celebrating Christmas, the parade had seven unique floats designed to tell the Christmas story in all its symbolic characters, lights and songs with several nutcrackers marching and musical performances.

It had characters representing Jesus and his mother, Mary, in addition to Santa Claus on his slay, dancing elves and musical performance of Scouts.

It started out in the streets of Abdali’s Project on Friday evening, distributing gifts to kids and spreading the joy of Christmas in Amman's streets.

Children with their families were celebrating the parade’s songs, dancing and taking pictures of the most beautiful season of the year.

“I am glad I could watch this parade, not only it's a rare event to find in Jordan, it's because it came from Bethlehem to Amman, and I have always dreamed of spending Christmas season in Bethlehem,” a woman attending the parade told Roya English.

“Especially this year, as Christmas doesn't feel as festive as it should be, because of tensions in the region. I loved it and I hope it becomes an annual thing,” she added. The image says: To Bethlehem, refering to where the parade came from. People who were at the parade also spoke to us about the way they celebrate Chritsmas in Jordan.

The Christmas parade is organized by the Jordan Tourism Board and events management company "16th of May."

You can still catch the Christmas Parade in Jordan, as it will be in Fuhais on 20 December, before ending its journey at Al Hussain Park, Amman, on 22 December at 5PM, before heading back to Bethlehem.