The Château Louis XIV constructed between 2008-2011 in Louveciennes, France. (Photo from: Bloomberg) 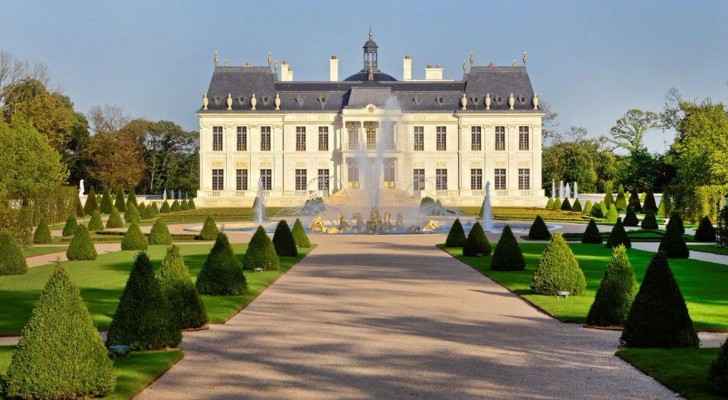 Two years have passed since the “most expensive home in the world” was acquired by an anonymous buyer for more than $300 million.

However, following a series of lengthy investigations, The New York Times revealed on Sunday the identity of the mystery buyer.

The Chateau Louis XIV, in the Île-de-France region, was purchased by Saudi Arabia’s Crown Prince Mohammed Bin Salman, according to The New York Times report released on Sunday.

The report said that the story unfolded like “a financial whodunit,” after piecing together dozens of interviews and documents to figure out the buyer’s real identity.

The chateau’s ownership was shrouded by names of companies in France and Luxembourg, which are owned by Eight Investment Company, the Saudi-owned firm managed by the head of the Prince Mohammed bin Salman bin Abdulaziz Foundation (MiSK).

It is also the same company that backed Bin Salman’s deal to buy a 440-foot yacht from a Russian vodka tycoon in 2015.

“To the naked eye, it appears to have been built in the time of Versailles, the royal palace that set a world standard for gaudy luxury,” the report said in description of the luxury chateau.

The report continued to describe the chateau’s “top-of-the-line wine cellar and movie theater,” adding that “the rotunda features an exquisite fresco on the ceiling while the moat includes a transparent underwater chamber with sturgeon and koi swimming overhead.”

If the acquisition is proven correct, it will be the third of several disputed acquisitions acquired by the 33-year-old Crown Prince, including a $500 million yacht and a $450 million Leonardo da Vinci painting, which was recently purchased and moved to the Louvre Abu Dhabi, the UAE, which was disputed by the Saudi government.

The young Crown Prince has caused controversy in recent months following amendments made to Saudi law, which lifted the ban on women driving and on cinemas, in addition to leading a crackdown on corruption by Saudi princes and businessmen.