The cat got on the plane in Munich. (YouTube) 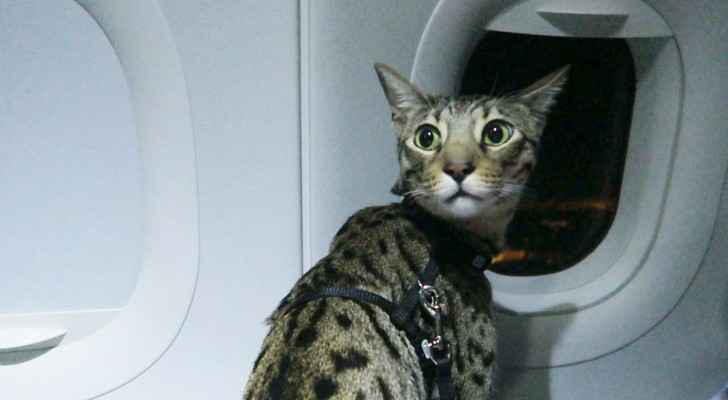 A pilot had to make an emergency landing in Cairo after a cheeky cat snuck into the cockpit before the plane took off from Munich.

The Saudia, also known as Saudi Arabian Airlines, aircraft was en route to Riyadh when the pilot found the cat quitely hiding away in his plane, according to The Huffington Post.

Animal Quarantine personnel were called in to Cairo International Airport to take the adventurous cat into their custody.

But before cutting the feline’s flight short, passengers were asked to confirm that the animal wasn’t their pet, reported Youm 7.

Four hours later, Flight SV120 was allowed to continue its journey to Riyadh.