Another baby dies of malnutrition in besieged Eastern Ghouta 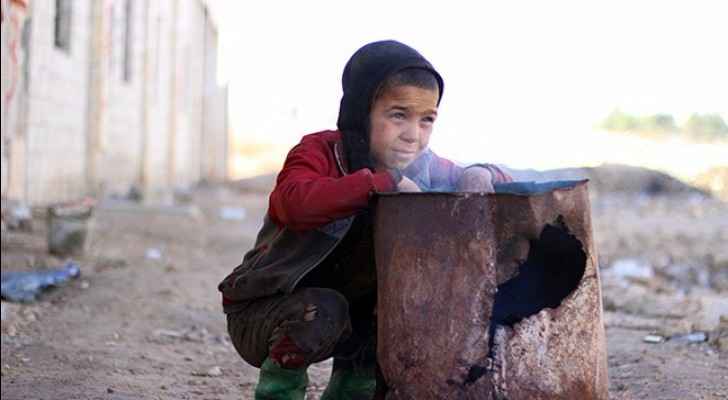 In the besieged Eastern Ghouta district, another baby died on Friday of malnutrition, according to health officials.

Nine-month baby Hussein Makdeh is one of several babies who died in last few months, in the besieged Eastern Ghouta.

Makdeh weighed only 4 kilograms before he died of malnutrition, Enes Abu Yasir, a doctor and the manager of a local clinic told Anadolu News Agency.

The baby had also a chin deformity and therefore had difficulty drinking milk, Enes said, before she went to criticize a UNICEF committee that had recently visited his clinic.

"We wanted them to send him to a Damascus hospital, but they didn’t even bring a bottle of milk," he said. "They only brought butter and energy biscuits."

Last week, the UN announced that at least 15 people died in Eastern Ghouta, after they were in an urgent need for medical evacuation.

The main opposition stronghold on the outskirts of Damascus, Eastern Ghouta was under siege by Syrian regime forces since 2012.

The blockade was tightened recently, preventing residents from importing their daily needs.

However, the UN called for urgent evacuation of 500 patients besieged in Ghouta, while 400,000 civilians remained under bombardments of the regime.