Trump has been accused of sexual harassment. (Archive) 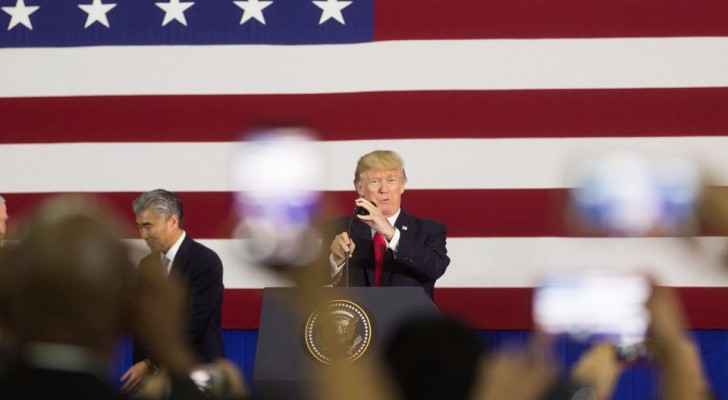 After Donald Trump was accused of sexual harassment by several women over the last few weeks, the U.S. President decided to go on Twitter to deny the allegations, calling them “false” and “fabricated”.

Claiming that his opponents are reviving the allegations after failing to provide evidence of his collusion with Russia, Trump tweeted on Tuesday evening:

Despite thousands of hours wasted and many millions of dollars spent, the Democrats have been unable to show any collusion with Russia - so now they are moving on to the false accusations and fabricated stories of women who I don’t know and/or have never met. FAKE NEWS!

This comes after several women accused the President of sexual harassment, with three of conducting a press conference talking about their experiences on Monday.

After that, the White House told Megyn Kelly’s Today Program that their claims were “false” and “totally disputed in most cases by eyewitness accounts.”

Recently, several men in different industries were forced to resign or even fired following accusations of sexual harassment.

This comes in the wake of allegations against film mogul Harvey Weinstein and many other prominent figures of sexual misconduct, which gained momentum after the explosion of the #MeToo campaign.

#TimesUp: Another anti-harassment plan launched by ....

'Feminism' is Merriam Webster's word of the year

'Feminism' is Merriam Webster's word of the year

'Feminism' is Merriam Webster's word of the ....

'Feminism' is Merriam Webster's word of ....