At least 39 people killed, 90 injured in Sana’a by Saudi-led raid

The Yemeni Civil War is an ongoing conflict that began in 2015 between two factions. (Archive) 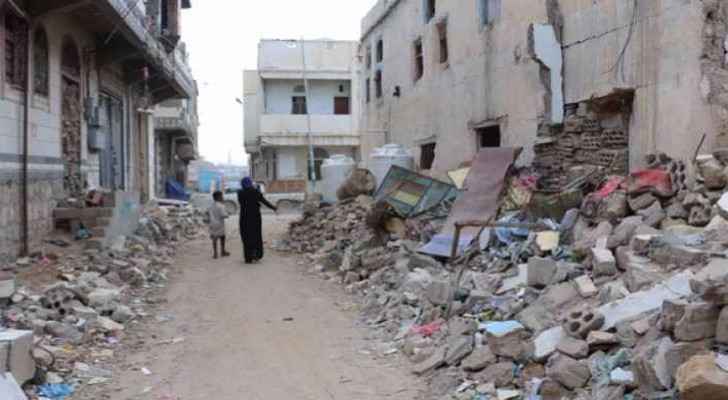 Around 39 people were killed and more than 90 injured in the Yemeni capital, Sana’a, by a Saudi-led coalition aircraft that struck a military police camp on Wednesday.

Officials said that coalition aircrafts launched seven raids on the camp that is located in the eastern part of Sanaa, resulted in the arrest of 180 prisoners by the coalition-backed forces.

35 bodies were pulled from under the rubble, while several others remain unaccounted for, officials said.

The incident was part of a string of air raids launched toward the capital city, Sana’a and other parts of the country.

Meanwhile, the coalition denied it was targeting civilians.

Houthi armed forces attacked ousted Yemeni President Ali Abdullah Saleh in Sana’a earlier this month. This came after Saleh formally broke ties with the Houthis, saying he was open to discussions with the Saudi-led coalition.