Putin and Erdogan are concerned about Trump's decision over Jerusalem

Putin and Erdogan are concerned about Trump's decision over Jerusalem 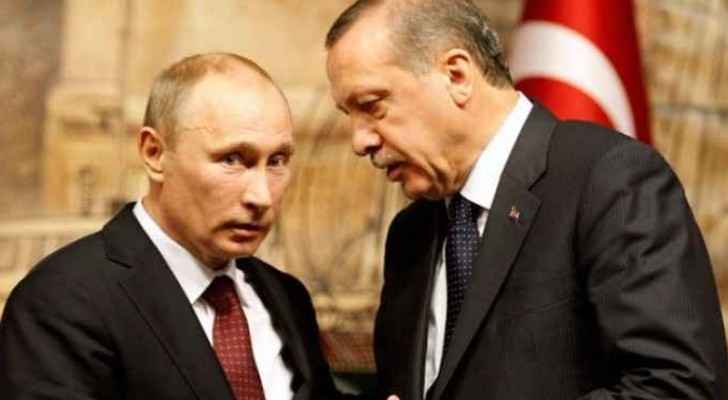 Russian President Vladimir Putin and his Turkish counterpart Recep Tayyip Erdogan warned in a joint press conference on Monday that Trump’s recent decision to recognize Jerusalem as an Israeli Capital will trigger violence in the Middle East, according to AFP.

Putin, who was in Ankara on Monday, said that “Russia and Turkey believe that (this decision) will not help bring stability to the Middle East, but will worsen an already complicated situation.”

Erdogan said that Israel is adding fuel to the fire, which will add more pressure on Palestinians.

Erdogan condemned the Israeli violations against Palestinians, while accusing Israel of converting Jerusalem to “a prison for Muslims and people of other faiths,” adding that the struggle will not stop before establishing a Palestinian state according to the 1967 borders, with East Jerusalem as a its capital.

During a recent visit to Cairo, Putin called for “an immediate resuming for negotiations between Israelis and Palestinians regarding all the controversial issues, including the status of Jerusalem.”

Donald Trump announced on Wednesday that he will be moving the US embassy from Tel Aviv to Jerusalem, and recognized Jerusalem as an Israeli capital.

Since then, many demonstrations took place in Muslims countries and across the world.

Jerusalem is a red line: Foreign Ministers of Jordan, ....

Jerusalem is a red line: Foreign ....

Russia to produce new vaccine in ....