Palestinian demonstrators continue to clash with the Israeli forces. 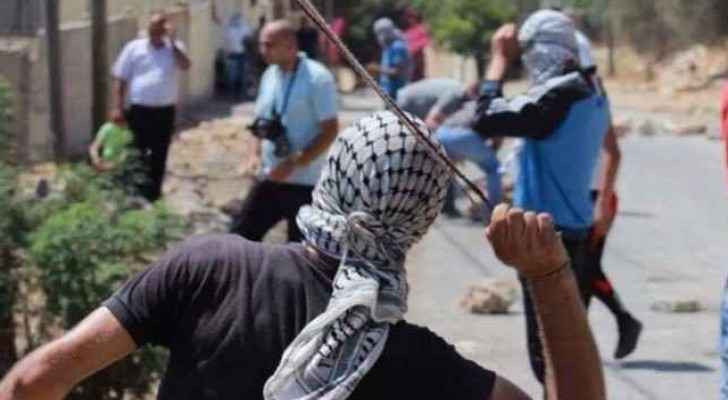 Clashes erupted between Palestinian demonstrators and Israeli forces on Tuesday morning in Bethlehem in the West Bank.

Many demonstrations kicked off from schools this morning, until they reached the northern entrance of the city.

The Palestinian Red Crescent said that many Palestinians were suffocated by the tear gas fired at them by the Israeli army.

Thousands of Palestinians walked the streets in protest of US President Donald Trump, after he announced Jerusalem as the capital of Israel on Wednesday.

In response to the US decision, Hamas senior leader Ismail Haniya urged Palestinians to start a new Intifada (an uprising against Israel).

Since then, more demonstrations were held in different cities in Gaza and the West Bank, which led to the death of two Palestinians and hundreds of injuries.

On Sunday, One Israeli security guard was critically injured on Sunday after a Palestinian youth from Nablus stabbed him at the Central Bus Station in Jerusalem, as a part of the violent clashes sweeping the country.

Large demonstrations also have been taking place in many Islamic countries, including Jordan, Egypt, Indonesia and Turkey, and other countries around the world.