Two arrested after beating up a teacher in Mafraq 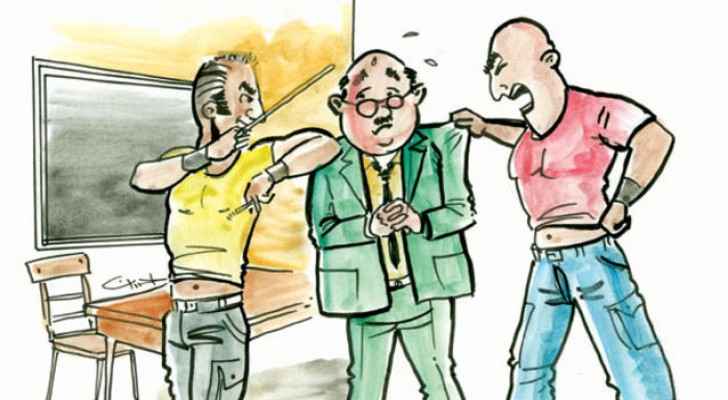 Two men were arrested in the Governorate of Mafraq, after beating up a teacher on Monday morning.

According to a statement issued by the Jordanian Teachers Association, the teacher was attacked before entering the Abdullah Bin Rawaha School where he works.

The teacher was transferred to Al-Mafraq Governmental Hospital, the statement added.

The Jordanian Teachers Association Secretary, Issa al-Tarawneh, who is following up on the case, pointed out that physically assaulting teachers is on the rise in Jordan.

Al-Tarawneh added that new laws and regulations should be set in place to protect teachers and educational institutions.

Earlier in November, teachers in Zarqa Governorate protested against the continued threat of violence against them by students and their parents.

The teachers gathered outside the Zarqa Directorate of Education where they expressed their outrage at the recent incidents of assault against them.