European Union to Netanyahu: we support King Abdullah in the peace process

The EU said that it is going to step up its efforts over the Middle East peace process. (Twitter) 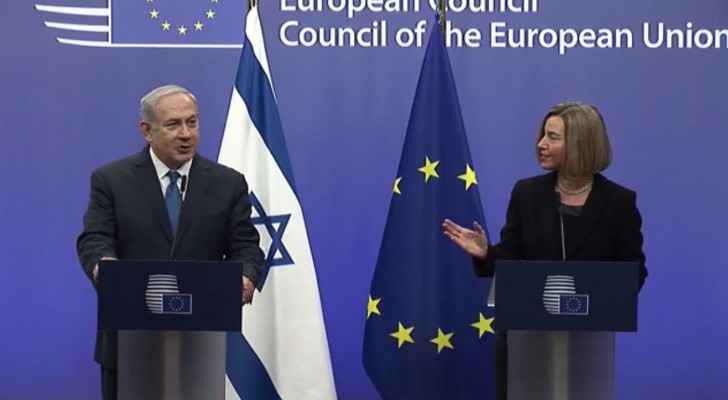 While Israeli Prime Minister Benjamin Netanyahu expected to get support from the EU, Mogherini said during a press conference that the EU welcomes the international consensus regarding the status of Jerusalem, which does not recognize it as Israel’s capital.

Mogherini said before a meeting Benjamin Netanyahu in Brussels that she believed that “the only realistic solution to the conflict between Israel and Palestine is based on two states with Jerusalem as the capital of both.”

“The only solution is a two-state solution with Jerusalem as the capital of both Israelis and Palestinians” — says @FedericaMog with PM Netanyahu pic.twitter.com/PoBLUa6KMl

Netanyahu had said in Paris after talks with French President Emmanuel Macron, that “the sooner the Palestinians come to grips with this reality, the sooner we will move towards peace."

In a very controversial step, Trump on Wednesday recognized Jerusalem as the Israeli capital, and announced that he will be moving the American Embassy from Tel Aviv to Jerusalem, saying this will enhance the peace process between Israel and Palestinians.

Since then, many demonstrations condemning this move were held across many Islamic countries and the world.