An estimated 1.75 million children are currently out of school across Syria. (ChildrenofSyria) 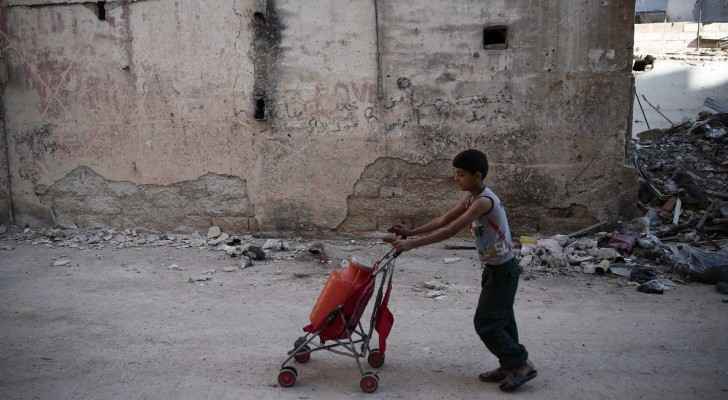 Continuing violence across East Ghouta, some 10km outside the Syrian capital, Damascus, has reportedly led to the closure of most schools in the area over the past month and stranded scores of children in need of medical evacuation.

One hundred and thirty-seven children, aged 7-months to 17-years require immediate medical evacuation for conditions ranging from kidney failure to severe malnutrition and conflict related injuries. Five children have reportedly died as they couldn’t access the medical care they needed.

East Ghouta, one of the remaining besieged areas in Syria, is home to an estimated 400,000 people who have been almost completely cut off from humanitarian assistance since 2013.

“As violence continues to intensify in East Ghouta, thousands of children are suffering in silence,” said Fran Equiza, UNICEF Representative in Syria. “The situation is getting worse day by day. The health system is crumbling and schools have now been closed for almost a month. Sick children desperately need medical evacuation, and many thousands more are being denied the chance of a normal, peaceful childhood.”

On the last United Nations inter-agency aid convoy to Nashabieh town in east Ghouta on 29 November, UNICEF health workers described seeing one of the worst health and nutrition situations since the conflict began in Syria. A severely malnourished two-year-old boy was described as having an arm as thin as a little finger.

Nearly 12 per cent of children under 5 years-old in East Ghouta suffer from acute malnutrition – the highest rate ever recorded since the start of the conflict in Syria.

“Children are still living through so much horror,” said Equiza. “Now is the time for all sides to do the right thing and to stop the violence.”

Violence has been escalating across Damascus and East Ghouta, with a significant increase in rockets and mortars landing in the Syrian capital in the last six weeks.

Almost one in three school-age children in Syria - an estimated 1.75 million children, are currently out of school across the country and one third of schools are damaged or destroyed.

UNICEF reiterates its calls for unimpeded, unconditional and sustained humanitarian access to all children in Syria, and urges all parties to the conflict and those who have influence on them to protect children at all times and to immediately allow the evacuation of the sick and wounded.