Hariri was in Saudi Arabia when he resigned. (Twitter) 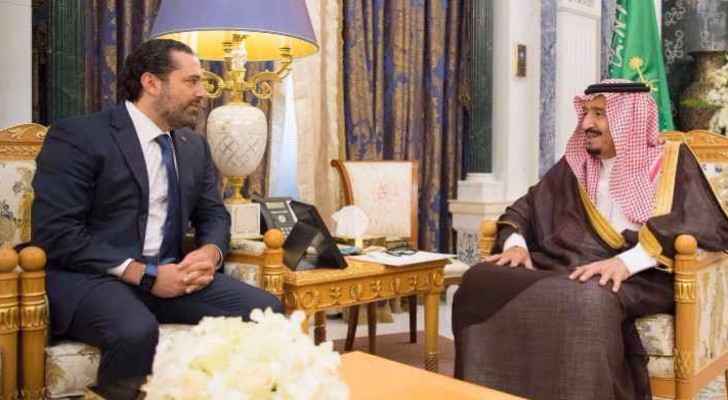 According to a Lebanese official source, Saudi authorities threatened Lebanese Prime Minister, Saad Hariri, of imposing economic sanctions and isolation on Beirut similar to what they did to Qatar, if he did not take serious actions against Hezbollah.

The source who refused to be named told AFP that Hariri was in a regular visit to Saudi Arabia during last month, to discuss economic projects with Saudi officials, but he was surprised with "a list of sanctions to-be-imposed on Lebanon in case he did not comply with their demands".

“Riyadh threatens to relocate 160,000 Lebanese workers in the Gulf region, and they will force Arab businessmen to withdraw their investments from Lebanon. They will punish Lebanon as they did with Qatar, which caused a major shock to Hariri,” the source told AFP.

He added that Hariri announced his resignation following the threats, to satisfy the Saudis. And he was told if he went back to Lebanon, Saudi Arabia will consider him as Hezbollah.

The source added that Saudi Crown Prince, Mohammad Bin Salman, stepped back his position after he realised his mistaken step and how it increased Hariri’s popularity among all Lebanese.