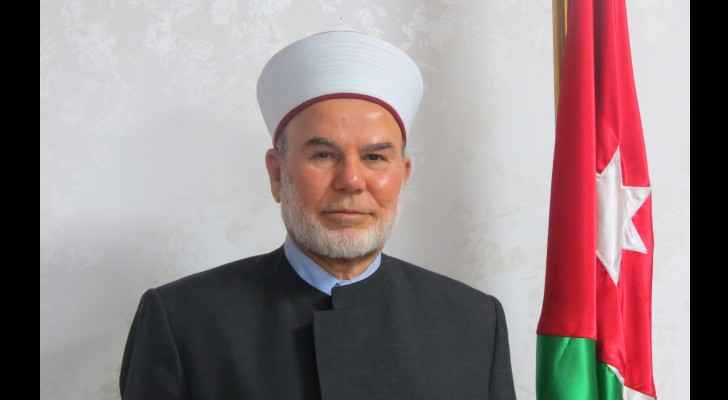 During this afternoon’s Friday sermon, the Grand Mufti of Jordan, Mohammad Khalaileh, said that Donald Trump’s recognition of Jerusalem as Israel’s capital is “unfair, void and unjust.”

Sheikh Khalaileh made his speech from the Grand Al-Husseini Mosque in downtown Amman, where thousands of Jordanians took to the streets on Friday to protest Trump’s declaration. The Mufti stressed that the way people view Jerusalem (as Palestine’s capital) cannot be erased by any declaration or party.

Sheikh Khalaileh went on to describe Israelis as a “misguided nation,” while assuring the nation that Al Aqsa Mosque will “return to its rightful people, no matter how long it takes.”

He also reaffirmed the significance of Jerusalem, saying that it is “part of the faith of a billion and a half Muslims, who will not give it up, even if they were weakened and humiliated; they will find a way to reclaim it.”

“We in Jordan will continue to lead the way in defending Al Aqsa.”

Sheikh Khalaileh reminded the nation of the Jordanians who sacrificed their lives in Jerusalem, as they fought for the protection of Al Aqsa Mosque and other holy sites.