The U.S Embassy will suspend its public services until further notice 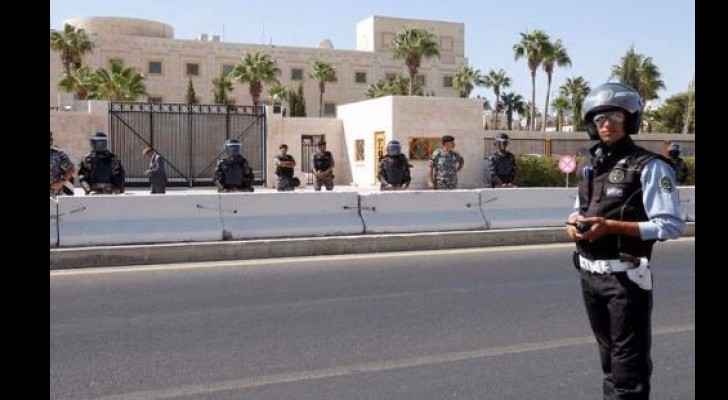 The US Embassy in Amman has issued orders for American citizens living in Jordan to limit their public movement, and asked US Embassy staff to not send children to school on December 7, cautioning them of “the need for caution and awareness of personal security”.

This comes after U.S. President Donald Trump formally recognised Jerusalem as the capital of Israel and plans to relocate the US embassy to Tel Aviv earlier this evening.

The U.S Embassy also announced it suspended its routine public services, and banned both official and personal travelling outside Amman until further notice.

The notice added that the U.S Embassy in Amman will remain open to assist in the event of an emergency threatening the life of a U.S citizen.

In the wake of Trump’s announcement, hundreds of Jordanians have taken to the streets in Al Baqa’a, Amman, in protest.

Yesterday, Jordan’s King Abdullah told U.S. President Donald Trump that any move by the United States to declare Jerusalem the capital of Israel would have “dangerous repercussions” for regional stability.