Abbas: 'Trump’s decision will not change the status of Jerusalem'

Abbas: 'Trump’s decision will not change the status of Jerusalem' 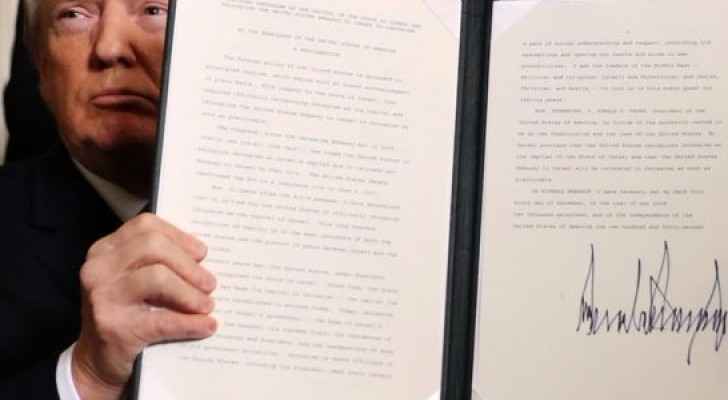 Palestinian President Mahmoud Abbas has responded to US President Donald Trump's recognition of Jerusalem as an Israeli capital, saying that these “procedures are condemned and rejected."

In a televised speech, Abbas said that "Jerusalem is the capital of Palestine and nobody can change that," adding that this historical moment should "encourage Palestinians to end the division."

“Trump’s decision will not change the status of Jerusalem, it’s the eternal capital of Palestine,” he said.

Abbas noted that Trump's speech was like "an award for Israel for its violation of international agreements," but he did not announce any practical steps against the decision.

Trump recognized Jerusalem as the Israeli capital at 6pm GMT on Wednesday, saying that the decision was “long overdue,” and that this step is supposed to push the peace process forward in the Middle East into a lasting agreement.

Trump also said that his government has already started the procedures of moving the American embassy from Tel Aviv to Jerusalem.