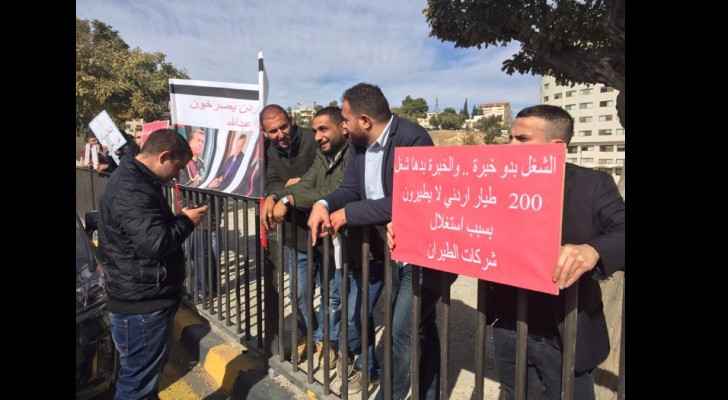 A group of unemployed pilots protested today by Jordan’s parliament in Amman on Tuesday, demanding a solution for their unemployment problems and the aviation sector’s problems in general.

The protesters handed over a handwritten letter with their essential needs and demands.

They said 200 pilots have been waiting unemployed for a while, after finishing their studies, which costs around JOD 70,000. Protesters went on to accuse airlines of taking advantage of the graduates by making them pay to get a job opportunity.

The demands, addressed to the Ministry of Labour and the Ministry of Transportation, included establishing a law which requires companies to hire and train Jordanian pilots.