Jordan warns against possible US embassy move to Jerusalem

Jordan warns against possible US embassy move to Jerusalem 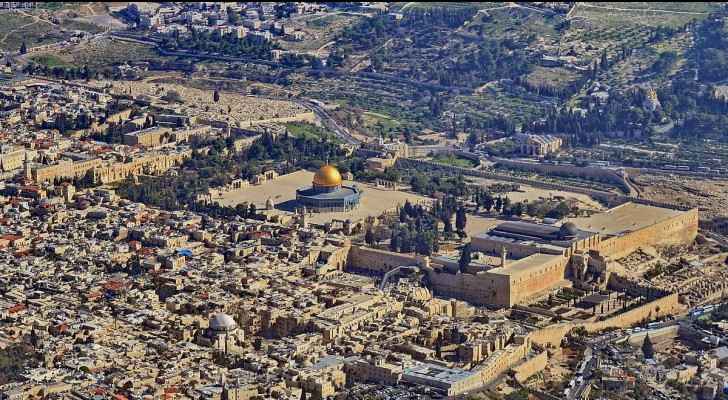 Jordan’s Foreign Minister, Ayman al-Safadi, on Sunday evening warned the US against recognizing Jerusalem as the capital of Israel.

Al-Safadi who called US Secretary of State Rex Tillerson, explained the consequences of undergoing such a move.

During the phone call, al-Safadi stressed the importance of maintaining the historical and legal situation in Jerusalem, keeping Tel Aviv as the hub of embassies and official Israeli institutions.

Spoke with #US Secretary of State Tillerson on dangerous consequences of recognizing Jerusalem as capital of Israel. Such a decision would trigger anger across #Arab #Muslim worlds, fuel tension & jeopardize peace efforts.

US president Donald Trump is expected to announce that the US recognizes Jerusalem as the Israeli capital on Wednesday, according to a senior administration official.

The controversial decision is expected to cause widespread outrage, however US officials say it has yet to be confirmed.

Jared Kushner, Trump’s senior adviser, who also happens to be his son-in-law, said on Sunday at an event hosted by the Brookings Institution that Trump is “looking at a lot of different facts” and still exploring his options regarding the move.

Earlier in June, Donald Trump reportedly signed an order guaranteeing that the US embassy would not be moved to Jerusalem, leaving many Israel supporters disappointed.

Meanwhile, aides commented saying Trump is only delaying the decision but will make the move in the future. “Though Israel is disappointed that the embassy will not move at this time, we appreciate today’s expression of President Trump’s friendship to Israel and his commitment to moving the embassy in the future,” his office said in a statement in June.

US plans to move the embassy to Jerusalem have long been in play. A public law of the United States was passed in the late 90s under the name of the “Jerusalem Embassy Act of 1995” for the purposes of initiating and funding the relocation of the US embassy by moving it from Tel Aviv to Jerusalem.

The embassy was supposed to be moved no later than May 31, 1999, according to the act. However none of the American presidents took on the move, as it was expected to provoke contention in the Muslim and Arab world.

Following hints towards Trump’s embassy move to Jerusalem, Palestinian officials and leaders have been seeking to assemble world’s leaders against the decision since Sunday.

Abbas said recognizing Jerusalem as Israel’s capital would endanger the peace efforts made by the White House between Palestinians and Israel.
The fate of Jerusalem has long been a focal point of the Israeli-Palestinian conflict, with the historical city holding significance for Muslims, Christians and Jews.

It was previously divided between Israel and Jordan in 1949, where East Jerusalem belonged to Jordan, however in 1967 East Jerusalem fell under the ruling of Israel, along with the West Bank.

With international law maintaining that East Jerusalem is part of the occupied Palestinian territories, Palestinians presume it to be the capital of their future state.