Mulki said Jordan is committed to finding a solution to the Palestinian case. (Vlada.cz) 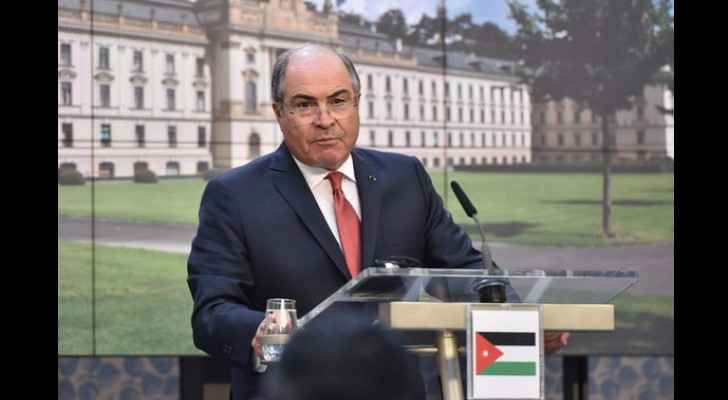 Jordanian Prime Minister Hani Al-Mulki has once again stressed Jordan's position on finding political solutions to the problems and challenges faced by some Arab countries, pointing out that the majority of the region’s problems are rooted in the failure to find a just solution to the Palestinian case.

Mulki stressed the importance of relaunching peace talks between Israel and Palestine in order to reach a comprehensive solution and to establish a Palestinian state, based on the two-state solution.

Meanwhile, Palestinian Prime Minister Rami al-Hamdallah said on Saturday that the two-state solution is in real danger due to Israel's "persistent violations and disregard for international law."

"The Palestinian people still believe in the culture of coexistence, brotherhood and peace that Jesus carried out despite the settlement activities practiced by Israel," Hamdallah said during a Christmas ceremony in Bethlehem.

"Israel is continuing to undermine any efforts to revive the peace process and to initiate laws that violate international law and unleash its army and settlers to seize our land and
continue its violations," he added.

This comes at a time when US President Donald Trump is reportedly deciding whether to recognize Jerusalem as Israel’s capital on Wednesday, as he considers plans to move the US embassy from Tel Aviv to the holy city.

Jordan’s King Abdullah II warned during his recent visit to Washington that moving the embassy must come within a comprehensive solution that leads to the establishment of a Palestinian state with East Jerusalem as its capital, living side by side with Israel.

He observed that such step would have implications on the Palestinian, Arab, and Muslim scenes, and might threaten the two-state solution.

It could be potentially exploited by terrorists to stoke anger, frustration, and desperation in order to spread their ideologies, the King said.

The fate of Jerusalem has long been a focal point of the Israeli-Palestinian conflict. With international law maintaining that East Jerusalem is part of the occupied Palestinian territories, Palestinians presume it to be the capital of their future state.