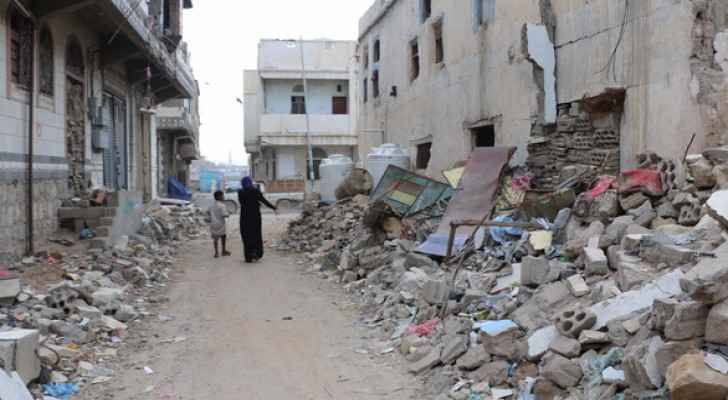 Non-stop clashes erupted in the Yemeni capital, Sana’a, between Houthi rebels and forces aligned with ousted Yemeni President Ali Abdullah Saleh, after both parts failed to broker a truce in the capital.

The ousted president’s forces claimed on Saturday they regained control of Sana’a from Houthi rebels, including the TV building, and besieged the capital’s main airport.

However, Houthi rebels said they maintained control of most of the capital Sanaa on Sunday, a claim which the forces loyal to Ali Abdullah Saleh rejected.

The Iranian-backed Houthi forces had taken control of three military bases, the diplomatic district and other neighbourhoods around the area, along with Dhamar, south of Sanaa, and its surrounding regions.

Violence in Sanaa left at least 40 fighters dead and wounded since Wednesday, according to the rebel chief Abdul Malik al-Houthi.

On Saturday the ousted President announced he is open to talks with the Saudi-led coalition fighting rebels, as the alliance with the Houthi rebels crumbles.

Saleh made the announcement on Yemen Today TV while clashes continued in the capital Sanaa.

"I call on our brothers in neighbouring countries ... to stop their aggression and lift the blockade... and we will turn the page," Saleh said.

He also called for a joint ceasefire between his allies and Houthi rebels, and the Saudi-led coalition, which were fighting since March 2015.

"We vow to our brothers and neighbours that, after a ceasefire is in place and the blockade is lifted... we will hold dialogue directly through the legitimate authority represented by our parliament."

Saleh went on to call on armed forces to refrain from taking any orders from the rebels, adding that "citizens have revolted against Houthi aggression".

Meanwhile, the Saudi-led coalition praised Saleh’s step for "taking the lead" in the conflict.

The coalition said, in a statement on Saturday, that it would "redeem Yemen from the evils of Iranian terrorist and sectarian militias, return it to the Pan-Arab pure and natural fold".

Clashes erupted in the capital Sana’a between fighters, while more than 20 million people in the country are in need of urgent humanitarian assistance, according to UN agencies.

Also, the fighting has killed more than 8,670 people since the coalition intervened in the war between forces loyal to President Abdrabbuh Mansour Hadi and Houthi rebels in 2015.