Only married women can play music in Iran

The University of Kashan said female musicians must be married. 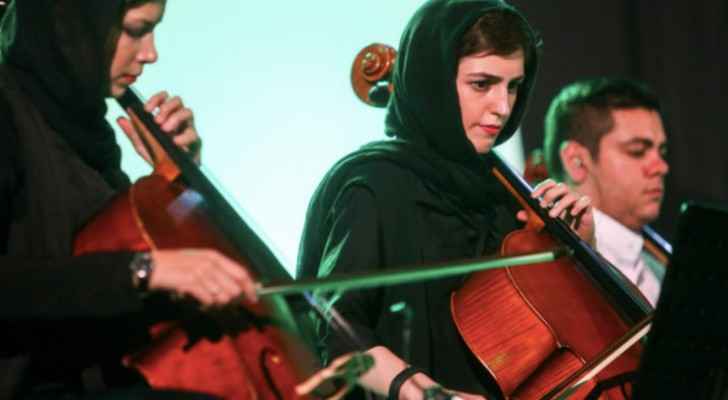 A group of students submitted a concert proposal to Iran’s University of Kashan, but were rejected and were told that female musicians will face restrictions if they take part in performances at the university, according to Iran Wire.

A set of rules were sent to the secretary of the university's Student Music Society and were drafted by a cultural specialist in the university.

According to the laws, female musicians must be married, must not wear headbands, tight fitting pants, short-sleeve shirts or anything in loud colours. In addition to that, they must not make any movements beyond what is necessary for playing instruments.

Hoda, who plays the Iranian traditional instrument the santour said, “I have to glue my ID on me to prove that I have a husband?”.

“What for? I guess tomorrow they will ask my husband’s written permission to let me play.”

The Bylaws of Musical Curriculum was originally communicated to Iranian universities in March 2016. Meanwhile, Huda thinks the new regulations are reiterated parts of the 2016 curriculum.

In 2015, officials from vigilante and paramilitary Basji Organization, which falls under the control of Revolutionary Guards, met with Mohammad Farhadi, the Minister of Science to complain about musical performances at universities.

Basji officials said that the main job of universities was to promote science.They think that such concerts would make universities deviate from this path and affect hijab as well as virtue.

Meanwhile, the bylaws allow “classy” music to be performed but noted that they still need to meet six conditions, including strengthening national identity, observing Islamic values, promoting adherence to moral, and revolutionary duties, as well as promoting a scientific mindset, must not express emotions of despair.

While the bylaws do not determine how a piece meets with the requirements, the Cultural Council of each university has the right to decide if it does.

As the bylaws made it already difficult for music performers to play music, giving extra rights to the cultural councils of universities made it even worse.

“Nowhere do they say that the cultural councils can add new laws on their own, like playing that women players must not wear loud colors or they cannot have headbands or they must be married and so on. In the bylaws it makes no mention whatsoever of women players,” a Kashan University student said.