The scene of the shooting attack, near village of Qusra, November 30, 2017. 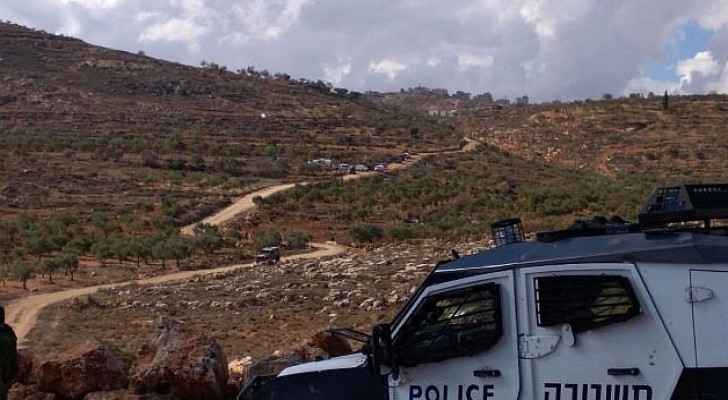 A Palestinian man was shot and killed by an Israeli settler near the village of Qusra in the northern West Bank, Palestinian media reported.

Israeli settlers reportedly opened fire at Mahmoud Zaal Odeh, in his forties, while he was tending to his field. He was seriously injured and announced dead a few minutes later.

The Israeli army confirmed that shots were fired at a Palestinian, though did not confirm that he was killed.

In a statement on Twitter, the IDF said that Palestinians were throwing rocks at a group of Israeli travelers, and that "one of the Israeli civilians fired towards the Palestinians in self-defense."

Earlier this year, May 18, an Israeli settler shot and killed a 23-year-old Palestinian during a protest in Huwwata, to the south of Nablus.

In 2016 alone, the United Nations Office for the Coordination of Humanitarian Affairs (OCHA) documented 107 settler attacks on Palestinians and their properties in the West Bank, including East Jerusalem.

Human rights groups have argued that Israeli settlers are provied impunity when committing attacks against Palestinians or their property. Of 289 cases of ideologically-motivated offences documented by the Yesh Din rights group between 2013 and 2016, only 8.2 percent led to indictments against offenders, according to the group's March 2017 report.