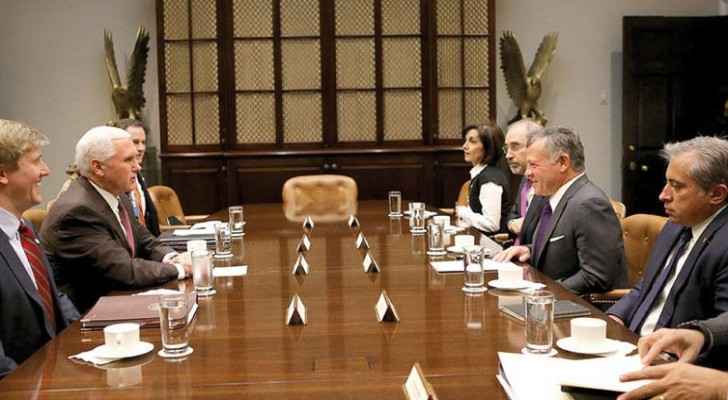 The White House said in a statement that the King and Mr Pence “held a productive meeting” which focussed on “efforts in defeating ISIL and countering Iranian influence.”

“Other important topics the two leaders discussed included the strengthening of the bi-lateral relationship and how to best move forward to ensure a stable and safe Middle East” the statement added.

“The meeting provided the Vice President the opportunity to thank the Hashemite Kingdom of Jordan for its steadfast leadership in the region”.

This was the King’s fourth visit to Washington since the start of Donald Trump’s presidency in January.

Kushner, whose sprawling portfolio includes Middle East peace talks, is also involved with the US administration’s consultations on the Israel-Palestine peace process which are due to be unveiled in the coming weeks.

The King arrived in Washington last week and is still expected to meet with congressional leaders.