Pope Francis asked not to say ‘Rohingya’ during Myanmar visit 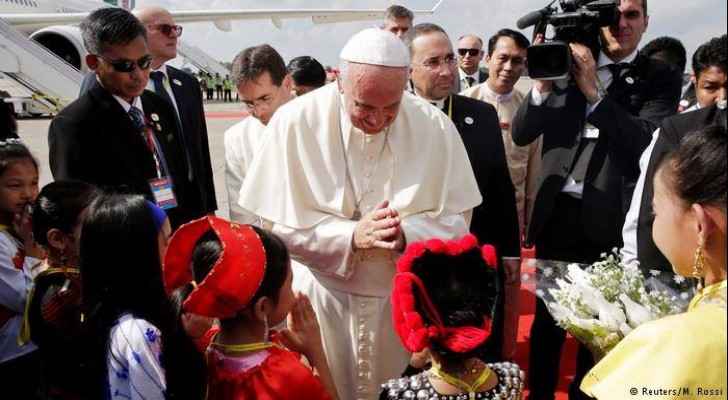 Pope Francis arrived in Myanmar on Monday as part of his first trip to the southeast Asian country, where tens of thousands of Rohingya refugees have faced “brutal military crackdown in the past three months,” reported Al Jazeera.

The Pope is due to meet de facto Myanmar’s leader Aung San Suu Kyi and the army chief before heading to Bangladesh, where he will be meeting a small group of Rohingya refugees.

The Roman-Catholic leader was advised not to use the term ‘Rohingya,’ as Myanmar’s government had rejected it at an earlier time, after accusing them of ethnically cleansing the ‘Rohingya’ minority.

Pope Francis’s visit was organised before the crisis erupted in August 2017, when he met with Myanmar’s leader - a former Nobel Peace Prize laureate, who faced criticism for failing to resolve the crisis - at the Vatican in May

Earlier, the Pope had condemned the violence against the Muslim-minority in Myanmar, using the term “our Rohingya brothers and sisters.” However, the sole Catholic cardinal in Myanmar asked him to avoid using the word over fears of inflaming local feelings.

Since the violence erupted, more than half a million people fled their homes and religious persecution in the northern Rakhine province of Myanmar to neighbouring Bangladesh.

Officials in Myanmar have labelled Rohingya as “Bengalis,” claiming they migrated illegally from Bangladesh, which the latter denied.

Security forces in Myanmar have reportedly burned down villages and killed people fleeing from their burning homes in the past three months, according to the UN.

The UN and the United States have both said that the violence imposed by Myanmar's armed forces amounts to "ethnic cleansing" against its Rohingya minority.

Last week, Myanmar and Bangladesh signed a mutual deal to return hundreds of thousands of migrants who fled across the border, but aid agencies have raised concerns about any forcible return.