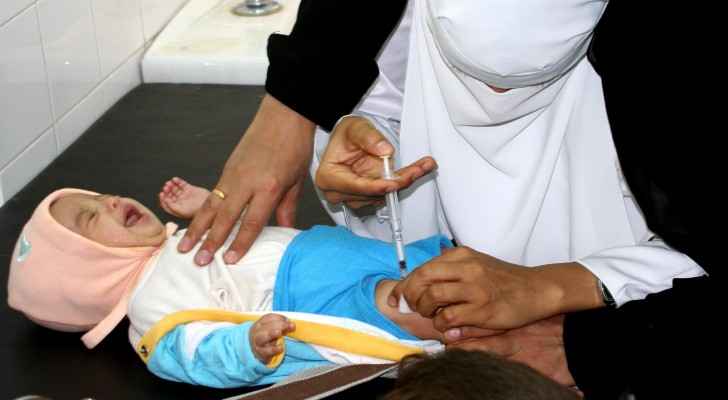 Yemen is one of the worst places in the world to be a child, with more than 11 million children in desperate need of help, a top UNICEF official said on Sunday.

"More than 11 million Yemeni children are today in acute need of humanitarian assistance. That's almost every single Yemeni boy and girl," Geert Cappelaere, UNICEF’s Regional Director for the Middle East and North Africa said in a press conference in Amman.

He added that Yemen faces some of the highest levels of malnutrition in the world.

"Today we estimate that every 10 minutes, a child in Yemen is dying from preventable diseases,” urging all parties and people with a heart for children to take responsibility and provide aid.

A UN aid flight from Nairobi landed at Sana'a airport on Saturday carrying 1.9 million doses of vaccine for diphtheria, tetanus and other preventable diseases, after the Saudi-led coalition, which has been fighting Houthi rebels, reopened the airport for humanitarian flights.

The coalition closed all land, sea and air access to the country on 6 November after a missile was launched at Riyadh International Airport from rebel controlled territory in Yemen.

Cappelaere said far more supplies were needed, adding that “unfortunately, the vaccines stocks, despite the 1.9 million that we delivered, are running out.”

He blamed the “decades of conflict, decades also of chronic underdevelopment”.

Yemen's civil war has been raging since March 2015 between Houthi rebels and Yemen's internationally-recognised government.