Rukban Camp spokesperson: The situation in Rukban is catastrophic 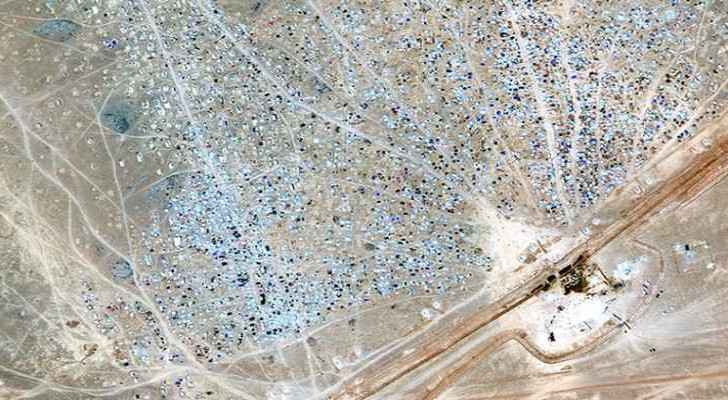 With the arrival of winter, things aren’t looking good for the refugees of Al Rukban camp.

“Winter has come, and the situation in Rukban is still unchanged,” Omar Al Beniai, spokesman for the Tadmur and Syrian Badiyyeh tribes in the Rukban camp, told Roya. “The situation is unfortunately catastrophic, and we are strangely being ignored by world organisations.”

For the thousands of Syrian refugees stranded along the Syrian-Jordanian border, the dire humanitarian situation is only feared to get worse as no aid comes through and winter approaches.

“There is no food, no milk or clothes for the children, no heating, no covers for the winter,” said Beniai, stressing that the humanitarian situation in the camp is “incredibly difficult.”

“Four children died over the past few weeks,” he said. “Children are the most vulnerable group in the camp. The main cause of death is malnutrition and the lack of medical health care post-birth.”

The spokesman expressed hope of American intervention through political pressure to send in humanitarian aid to the camp through the Jordanian borders.

Late last month, news of the liberation of Raqqa, Syria, did little to encourage those who fled the city to Rukban refugee camp along the Jordanian-Syrian border, when ISIS took control in 2014.

The residents of Rukban expressed fear that they would be forced to fight with the Syrian Army, or other forces against ISIS, choosing instead to stay in devastating living conditions.

“They [Rukban residents] are tired, but obviously they prefer the harsh living conditions in the camp than the violence of regime forces and being forced to fight”, said Omar Al Beniai at the time.

Access to humanitarian aid in Rukban has been limited since Jordan closed the border with Syria in 2016, after an Islamic State car bomb at a Rukban military base killed seven Jordanian border guards.